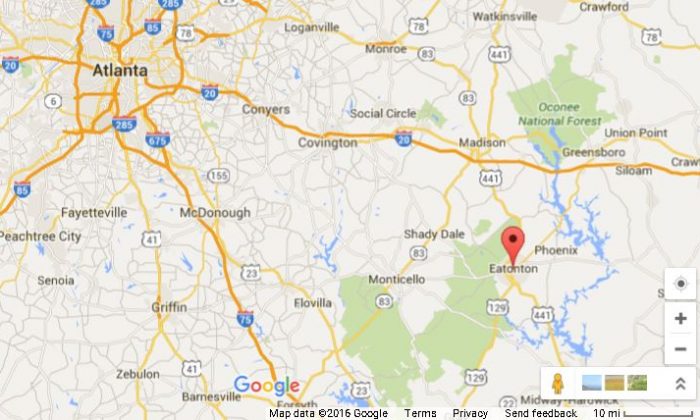 Elderly Woman Freezes to Death in Eatonton, Georgia, After Falling on Front Lawn

An elderly Georgia woman froze to death after falling on her front lawn while trying to help her husband after he fell.

Maria Riffe, 74, is believed to have died due to hypothermia after being unable to get back up after falling.

Her husband, Roy, 86, was unable to help because he was himself immobilized after falling. He was about 20 yards away.

The situation started when Roy rode his motorized wheelchair off the concrete walkway outside their home and fell out of his wheelchair.

Maria, who relied on a walker to get around, came outside to help her husband but then fell herself and was unable to get up.

While Maria was only wearing a house dress, Roy was in fleece pants and a jacket–which investigators say is likely why he survived and she didn’t, reported WGXA.

The Riffes’ immediate neighbors don’t live in their houses full-time, so no one heard the couple’s cries for help. A caregiver arrived the next day to find the couple on the ground.

“It was a very tragic situation,” Sheriff Howard Sills told the Macon Telegraph.

Crystal Pittman, who lives up the road, said she couldn’t believe what had happened.

“I’m devastated, devastated. First of all that nobody told me, I had no idea, and it makes me really sad that Miss Maria died that way, and that nobody was able to find her,” Pittman said.