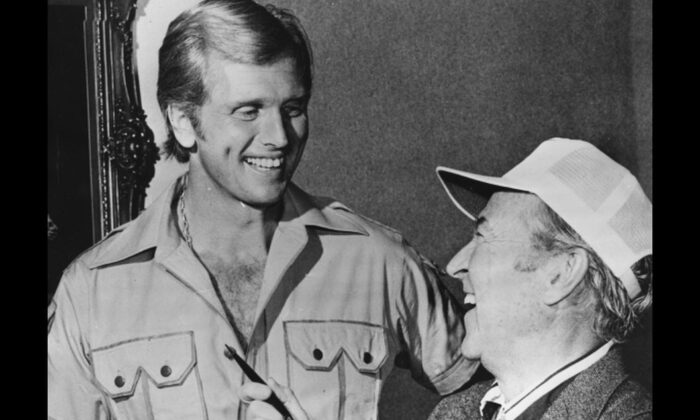 Officials are investigating a homicide at the California home of “Tarzan” actor Ron Ely, 81, according to the Santa Barbara Sheriff’s Office on Wednesday.

Deputies with the sheriff’s office shot and killed a homicide suspect at Ely’s home on Tuesday evening, reported The Hollywood Reporter, adding that officials got a 911 call at around 10 p.m.

CBS Los Angeles reported that deputies were originally called to the property in Hope Ranch over a family dispute.

Santa Barbara Sheriff’s Office is actively working a possible homicide in the 4100 block of Mariposa in Hope Ranch. PIO is en route. Updates to follow as they become available.

When the deputies arrived on the scene, they found an elderly woman stabbed to death. Neighbors were then told to stay in their homes and lock their doors.

The suspect in the stabbing was found hiding in the home. The man then allegedly threatened deputies with a weapon before officials opened fire, killing him, according to the report.

Ely, who played Tarzan on the hit 1960s show, wasn’t harmed, the report said. However, CBS Los Angeles reported that an unnamed, disabled elderly man was taken into the hospital in unknown condition.

Deputies said that they don’t believe Ely was involved in the shooting.

The identities of the suspect and the slain elderly woman were not revealed. Officials are working to establish the relationship, if any, between the victim and the suspect.

Ely also had roles in “The Love Boat,” “Wonder Woman,” and a reboot of “Sea Hunt” in the 1980s, according to IMDB. He also hosted the Miss America pageant in the early 1980s.