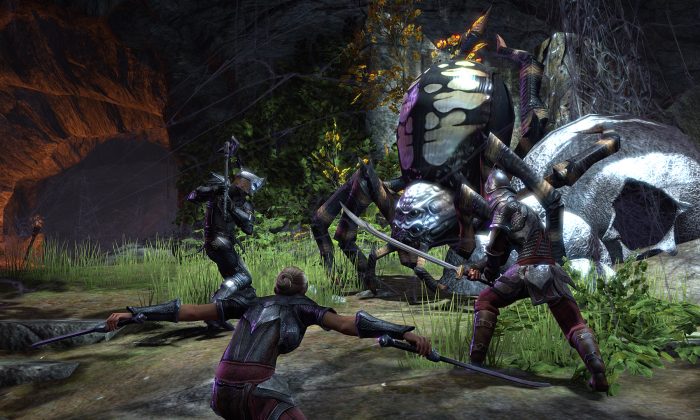 The “Elder Scrolls Online” got another trailer for E3–a few months after it was released.

The trailer, called “live another life,” showcases what the game is all about and displays high production values.

The game was released on the PC in April. However, it was announced last month the game would be delayed for the Xbox One and PlayStation 4 for six months.

Bethesda’s vice president of PR and marketing, Pete Hines, said the company not happy about the delay.

“We’re not happy about it — obviously we much rather have the console version out in June,” Hines told CVG. “But it seemed like the right thing to do, and we did spend a little time working with the console folks to try to come up with some kind of a thing so that the folks who couldn’t play it could buy the PC version and then add a next-gen console version later for a lot less money. That seemed like something that was worth working on before we announced the delay.”

Last month, it was reported that “ESO” players were angry about bots.

ZeniMax Online Studios and Bethesda Softworks have apparently had a good deal of difficulty in curbing bot use, Kotaku reported, citing player accounts.

“I report bots daily,” an “Elder Scrolls Online” told the website. “I estimate that I’ve submitted possibly over 100 reports. In the last month, just 15 or so yesterday. When they are limited in number, I will make the effort to report each of them with a screenshot. This can be a difficult and tedious task when they are constantly running around, as you have to target them and snap the screenshot quickly.”

The game has, however, gotten mixed reviews. Many game websites have praised the environment, character design and customization, as well as the game’s lore.

But some have complained the writing is repetitive and the game is unoriginal and draws too many similarities to “World of Warcraft” and other MMORPGs.