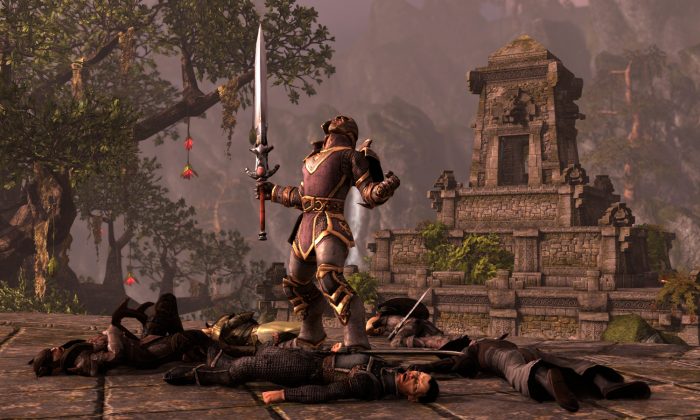 “The Elder Scrolls Online” is an MMO (massively multiplayer online games) that recently became available after much anticipation, but to mixed reviews.

Mashable wrote that the MMO version of the game lacked the freedom-oriented gameplay as the user was confounded to a “narrow, grinding path all the way to the maximum level.”

In the game, players will need to begin the game as a prisoner, then there will be a tutorial dungeon that details the player to escape from his clutches, writes Co-Optimus.

The game won’t be taking place in a single region anymore, but will contain the entire continent. Players will be split into three factions: Ebonheart Pact, Daggerfall Covenant, and the Aldmeri Dominion. As there is only one server in the game, playing with friends will mean users have to create a character in the same alliance. Players will also have to choose an alliance before choosing a race.

As Co-Optimus tested out the beta version of the game, there were many pros, but the reviewer was still unimpressed with the version.

The game will does however have voice-overs. The Prophet, for example, will be voiced by Michael Gambon, who’s better known for his role as Professor Albus Dumbledore.