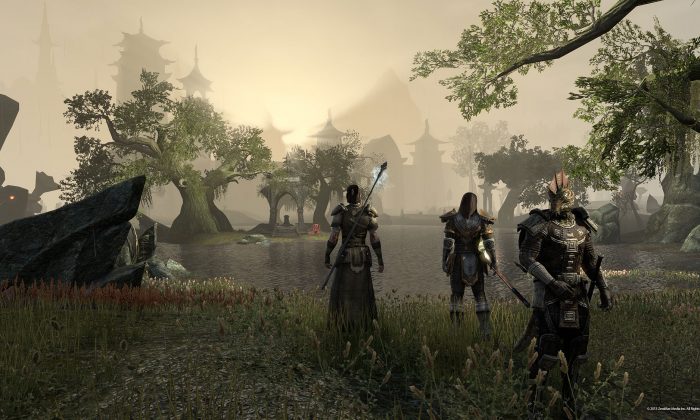 The Elder Scrolls Online beta ended over the weekend, with 5 million registering for the beta testing over the course of it.

The release date for PC and Mac is slated for April 4.

Game developers are incorporating feedback based on the beta testing, said game director Matt Firor in a blog post.

“Some of the things we’ve discovered with your help excite and inspire us – like seeing that 98% of characters created have a unique appearance, or seeing the first Emperor crowned in our epic PvP system – while other findings challenge us to make the game better. Some of the fixes have been more ‘behind the scenes,’ and may go unnoticed like performance optimizations or adjustments to the technical underpinnings of the game. Others will be much more apparent,” he said.

“While surveys have shown that players really enjoy the game as they progress, particularly after level 10, we heard from some of you that the beginning of the game left you feeling too constrained. The game was originally designed that way so that new players were not overwhelmed, and could learn the game before dealing with more challenging situations. But because ESO is about choice, we made adjustments to those opening hours of the game in response to the beta feedback.  After exiting the modified, more streamlined tutorial in Cold harbour, new characters now wake up in the first major city of their respective Alliance as opposed to being forced to go through the starter islands. We’re adjusting the level curve around those cities so that you’ll have plenty to do and discover without running into enemies that are too powerful at the start. If you want to go back and experience these islands (which have been re-leveled to provide a regular content experience) the option is there, but players who prefer can just start exploring the rest of Tamriel.

“Another piece of your feedback we’ve implemented addresses our combat system. We continue to identify ways to make melee combat feel even more substantial. In addition to many tweaks and changes to animations and audio, we’ve added player collision with NPCs, which means your character will no longer be able to run through NPC enemies. This is a frequently requested feature that we think succeeds in making melee combat more visceral and exciting.”

He also said that developers are working to ensure that the launch will go smoothly, adding things like overflow servers in case more players than forecasted log on during day one.

“In addition to continuous pre-launch adjustments, we have been developing lots of additional content for the game. Soon we’ll reveal our first post launch content update, the adventure zone, ‘Craglorn’ which is dedicated to group-based, end-game PvE repeatable content,” Firor said. “It’s the start of our commitment to meaningful updates which will be coming shortly after launch and regularly.”