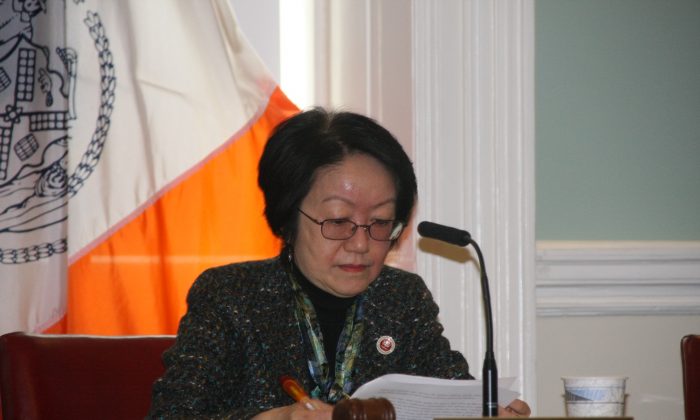 NEW YORK—Twelve organizations testified at a City Council hearing Monday, asking for an increase in the budget to combat elder abuse—a particularly pernicious problem for the city.

The city has allotted $800,000 to elder abuse programs for the fiscal year 2015, which begins in July of this year. The groups said that is not enough.

Elder abuse, a problem that does not discriminate based on location, class, or ethnicity, was estimated to affect around 26,000 seniors in New York state between 2008 and 2009, according to a survey released by the New York State Office of Children and Family Services.

The actual number of incidents is impossible to know, largely because victims often don’t report the abuse, said Eileen Mullarkey of the NYC Department for the Aging (DFTA) during her testimony.

The abuser exploits the elder’s vulnerabilities: isolation, cognitive loss, dependency on the caregiver, embarrassment, as well as physical fragility.

Entangled in family ties and knotted with fear, the elderly may not want to report the abuse, or if they suffer from dementia or similar conditions, they may not remember what happened. These factors add to the complexity of tackling elder abuse.

Council member Margaret Chin, who chairs the Committee on Aging, described elder abuse as “a nearly silent epidemic due largely to underreporting and a lack of public awareness.”

New York state has the third-largest number of elderly citizens in the nation according to a 2011 report from the U.S. Department of Health & Human Services. The same report predicts the senior population is poised to grow further in the next decade. As Generation Xers are growing older, more public awareness is needed.

He said New York state has been slow to tackle the problem.

“Elder abuse cases involving vulnerable senior victims are among the most difficult to prosecute. A number of older victims pass away soon after the case is reported,” Szuchman added.

In addition, a 2011 study found that seniors subjected to any form of abuse are three times more likely to die within three years.

Szuchman gave an example from a few years ago when a man in his 90s was the victim of a theft by his longtime home aide. The man passed away after the aide’s arrest, but before the case was presented to the grand jury. He said the case was prosecuted but would have been unprovable if the aide had not confessed.

The public is encouraged to call 311 to report an elder abuse.