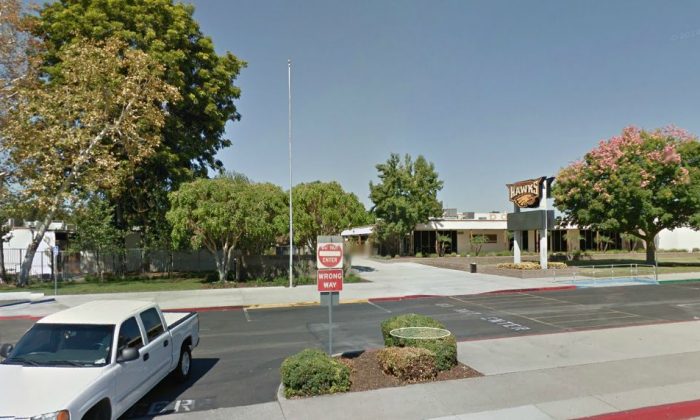 A teacher was found hanging inside of a classroom at El Dorado High School in Placentia, California. (Google Maps Street View screenshot)
US

Jillian Jacobson, a teacher, was found hanging inside of a classroom at El Dorado High School in Placentia, California, according to local reports.

The name of the teacher wasn’t disclosed by officials, but students on Twitter identified her as  Jillian Jacobson, or just “Mrs. Jacobson,” who was a photography teacher. The Los Angeles Times later identified the teacher as Jacobson.

Today we lost one of my favorite teachers. It is sad to see someone so happy commit suicide. RIP Jillian Jacobson

@alyssaduranty @ocregister I heard that it is the Photography Teacher Mrs Jacobson. El Dorado on “Lock Down”

Jillian Jacobson made a huge impact on my life. And I felt the force of it punch through me when I found out she was gone.

Prayers for Mrs. Jacobson’s family and the students at El Dorado.

Orange County Fire Authority and Fullerton Fire Department officials arrived on the scene. “Firefighter paramedics attempted CPR and advanced life-saving techniques before she was declared dead at the scene,” OCFA Capt. Steve Concialdi told the OC Register, which also reported that it was not initially released how the female teacher died, pointing to the ABC-7 report.

Teachers and students apparently found the teacher’s body, according to the Register. The body of the teacher, who is in her 20s, was removed before local officials arrived on the scene. The teacher was found hanging from the ceiling, reported the Los Angeles Times.

“It’s sad for the students and fellow teachers who witnessed that,” Concialdi told the Times.

A crisis team was deployed to help the school’s staff and students.

According to ABC, “Students were taken to the gymnasium, where the incident was addressed. They will be released from school early.” Meanwhile, police said they are in the process of alerting the husband of the teacher.

It doesn’t appear that class was canceled, and official said. “School is operating, nothing is normal,” an unnamed employee said.

Police were seen investigating the campus, which is located at 1641 Valencia Avenue.