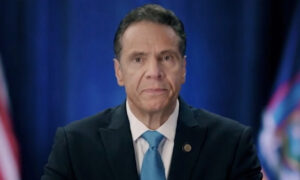 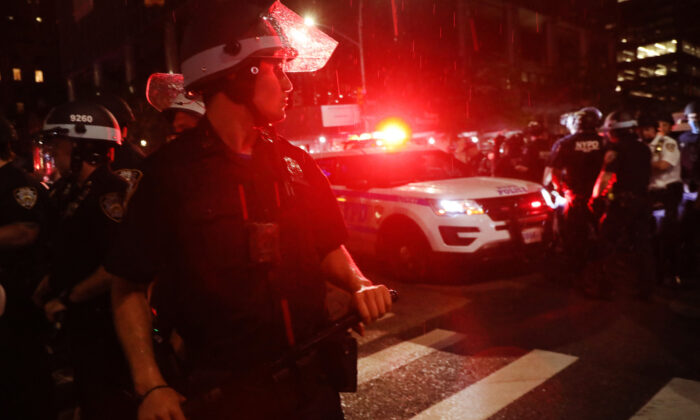 8 People Arrested, $100,000 in Damage After Riots in Manhattan: Police

At least eight people were charged with rioting after several storefronts were smashed on Friday in New York City.

Police told CBS New York that more than $100,000 in damage was done in the incident. Several businesses, including the Starbucks at 21st Street and Madison in the Flatiron District, were damaged. A pharmacy and banks were also vandalized in the West Village, Lower Manhattan, and in the SoHo neighborhoods.

Officials told ABC7 that five men and three women were arrested, and two of them were not from New York City.

A local Manhattan man, Jason Williams, told the CBS affiliate station that he was surprised riots were still going on in New York City.

“I feel like things have calmed down because after SoHo, you remember what happened in SoHo? That was crazy,” he said. “I didn’t know they were still doing that.

“Every city, every town, burn the precinct to the ground,” the group was recorded chanting in one instance.

Security footage obtained by NBC4 appeared to show a demonstrator in a balaclava using a tool to break windows at a shop. Other people are seen holding umbrellas to shield the person from view.

“We call on everyone who stood up during the #GeorgeFloyd uprising and all supporters to come out to say #DropTheCharges for all who have fought for our liberation!” wrote one of the groups that allegedly organized the event, RAM NYC.