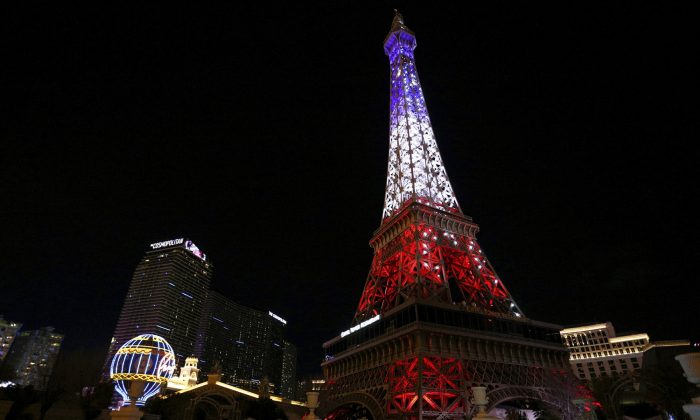 LAS VEGAS—The half-scale replica of the Eiffel Tower on the Las Vegas Strip is debuting a new light show.

The landmark at the Paris Las Vegas casino-resort unveiled the new show featuring synchronized twinkling and colored lights on Feb. 27.

Chef Guy Savoy and legendary singer and actress Line Renaud, both French, were expected to participate in the unveiling of the five-minute show.

The 541-foot-tall  tower opened in September 1999. It features a restaurant and an observation deck that allows for 360-degree views of Las Vegas.