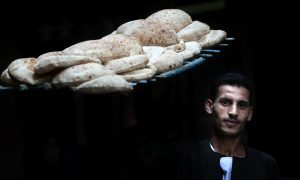 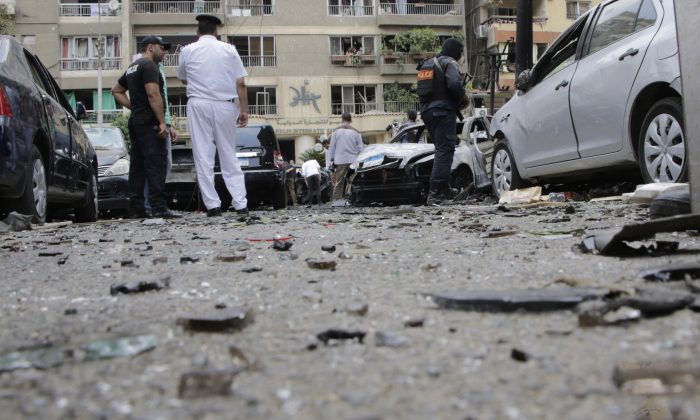 CAIRO—A strong explosion ripped through the convoy of Egypt’s prosecutor general on Monday morning in a busy upscale Cairo suburb, seriously wounding him and seven other people in the first assassination attempt on a top official in two years.

The attack came as Egyptian security forces were already on high alert on the eve of the second anniversary of massive anti-Islamist demonstrations that paved the way, days later, for the military’s ouster of President Mohammed Morsi, an Islamist.

The explosion ripped through several cars as State Prosecutor Hisham Barakat and his entourage were driving from his home in the eastern suburb of Heliopolis to his office in downtown Cairo, a security official said.

Egypt and Subsidies: A Country Living Beyond Its Means

Footage from the scene of the blast showed cars charred and wrecked from the explosion, as black smoke rose from the site. Several trees had caught fire and firefighters were dousing the area to extinguish the flames.

Barakat received multiple shrapnel wounds to the shoulder, chest and liver, according to a medical official at the nearby Nozha hospital, where the prosecutor was taken to after the attack. His two guards and five other people were also wounded by the explosion, officials said.

Shortly afterward, the prosecutor was in surgery and his condition was described as “unstable,” an official said. All the officials spoke on condition of anonymity because they were not authorized to talk to the media.

At the scene of the bombing, an Associated Reporter saw rubble and twisted metal strewn across an entire city block. Several charred cars blocked the street and a dozen others were wrecked or damaged. In nearby buildings, ground-floor shops, apartment balconies and windows were shattered several stories up from the street. Residents, some sobbing, were going through the debris.

Egyptian state TV said the bomb that targeted Barakat contained a large amount of explosives and was detonated by remote control. Security forces cordoned off the area shortly after the blast.

Hours later, a lesser-known Egyptian militant group calling itself “Popular Resistance in Giza” claimed responsibility for the attack in an online statement posted on its Facebook, with photographs from the site of the bombing. It said it had planted an explosive device placed under Barakat’s car.

But the claim could not be independently verified and security officials said the bomb was not under the prosecutor’s car. Several groups with the “Popular Resistance” name have claimed responsibility for smaller attacks, mainly targeting the police and power stations.

Two years ago on June 30, millions of Egyptians took to the streets, demanding that the Islamist Morsi step down over allegations that he abused power in favor of his Muslim Brotherhood group. The rallies continued until days later, the military stepped in, removed Morsi from power and jailed him at an unknown location.

Morsi’s supporters responded mass protests that frequently descended into violence, and the military-backed government cracked down heavily on them, killing hundreds and detaining tens of thousands.

Since then, authorities have carried out mass trials and handed down death sentences to hundreds of suspects. This has brought the Egyptian judiciary and officials under international criticism. They have also been targeted in attacks by Islamic militants.

The attack on Barakat is the first major assassination attempt on a high government official since the 2013 suicide bombing targeting the then-Interior Minister Mohammed Ibrahim. Egypt’s main Islamic militant group Ansar Beit al-Maqdis — which has pledged allegiance to the Islamic State group fighting in Iraq and Syria — has claimed responsibility for that attack.

Now known as Sinai Province, the group has claimed responsibility for most of the country’s major suicide bombings and assassinations. On Sunday, it released a video of a May attack that killed three judges in the northern Sinai Peninsula city of el-Arish — the group’s main base. The Sinai attack came on the same day as an Egyptian court sentenced Morsi to death over a mass prison break during 2011 uprising that eventually brought him to power.

That was Morsi’s first death sentence but he is also facing several other trials on charges that carry the death penalty.