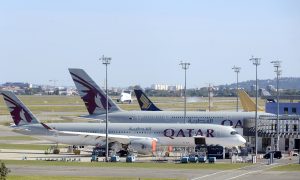 Qatar Airlines Gets Out from Under U.S. Laptop Ban
0 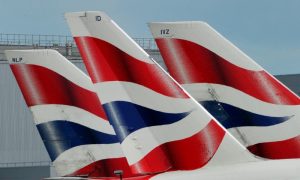 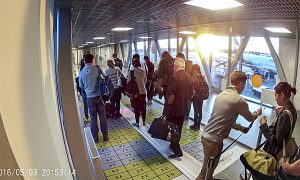 A French investigation team this week found traces of the explosive material TNT in the debris of the doomed EgyptAir Flight A320 plane that crashed into the Mediterranean Sea several months ago.

The French team wanted to conduct further checks on the debris, but their investigations have been barred by Egyptian authorities, reported Daily News Egypt, citing a report from the French newspaper Le Figaro published on Sept. 15.

The Egyptian officials also wanted to write a joint report with the French on the alleged TNT findings, but the French team declined to work with them. They said they haven’t been allowed enough access to the debris, according to Abram Online.

One day after Le Figaro reported the findings, Bassem Sami, the Ministry of Civil Aviation’s media office, told Ahram that the ministry had just heard about the TNT findings and had not received any previous reports of new evidence from the French team.

“The investigation committee has not received any technical reports on investigation results from the [interior ministry’s] criminal lab or the general prosecution on the matter,” he said.

He added that the committee is still trying to find out the technical causes of the crash.

It is still unclear whether the EgyptAir flight crash was caused by a technical issue or terrorist intervention. Evidence from the plane’s black boxes in a July investigation revealed that there was fire on the aircraft when it crashed, though it is unknown what caused the fire.

The EgyptAir crashed on May 19, killing all 66 passengers and crew members on board. The plane disappeared from French and Greek radars and no distress signal was sent. The plane was heading from Paris to Cairo.