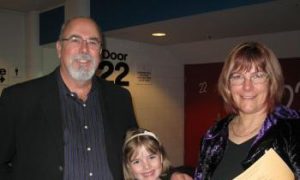 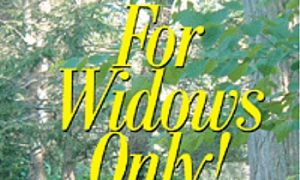 Book Review: 'For Widows Only'
0
Business

Geopolitical uncertainty shook the markets, sending the Dow to its first weekly loss in eight weeks.

Tensions in Egypt, one of America’s biggest and most stable allies in the Middle East, overshadowed positive news that the U.S. economy grew at a faster pace.

Egyptian news offset positive developments in the U.S. economy—the U.S. GDP growth accelerated in the fourth quarter, expanding by an annualized rate of 3.2 percent, up from 2.6 percent in the prior quarter.

The GDP growth was fueled by higher than expected consumer spending in the fourth quarter as manufacturing firms cut their inventories, signaling more production in the coming months.

Consumer spending was up 4.4 percent in an annualized basis, and the United States also cut its trade deficit, with exports surging 8.5 percent and importing dropping 13.5 percent.

Ford, a Wall Street darling in recent months, reported $6.6 billion in profits in 2010, its highest ever, the company said last Friday. That figure more than doubles the $2.7 billion it made in 2009.

Unfortunately, its fourth quarter earnings of $190 million (5 cents per share) were 79 percent lower than the profit it made during the same quarter in 2009, and missed analyst estimates.

Ford said that it missed earnings targets due to higher costs in the United States—such as oil and steel—and a loss in its European operations. “Lower market share, higher structural costs to support product launches, higher commodity costs, and lower industry volume” contributed to its loss in Europe, according to a statement from Ford.

In addition, the company had to invest heavily in launching new versions of three of its most popular models, the Ford Explorer SUV, F-150 pick up truck, and Ford Focus compact car.

The company also said that higher commodity prices cut into margins. Ford made a margin of $1,130 on each vehicle produced last quarter, far lower than previous quarters.

Nevertheless, Amazon’s growth has been impressive since the Seattle-based company’s modest beginnings as a web bookseller. The web retailer announced profits of $416 million on revenues of $12.95 billion last quarter. Once again, the Kindle e-book reader was a top seller for the holidays.

"We had our first $10 billion quarter and… Kindle books have now overtaken paperback books as the most popular format on Amazon.com,” said Jeffrey Bezos, Amazon’s CEO, in a statement.

For the first quarter of 2011, Amazon forecasts earnings of between $260 million and $385 million, on sales of a little more than $9 billion. The estimates are below those estimated by analysts surveyed by Bloomberg.