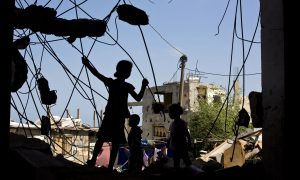 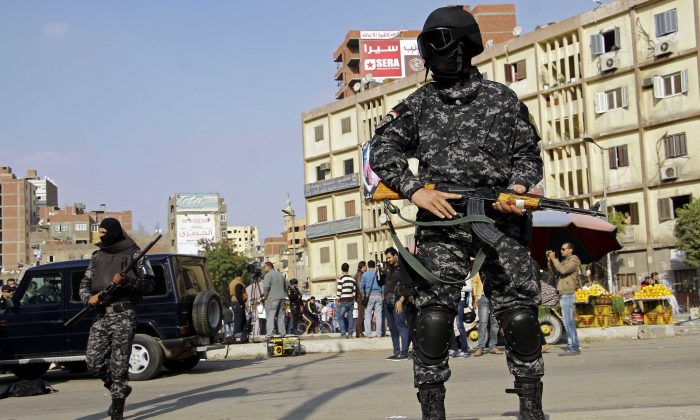 RAFAH, Gaza Strip—Egyptian military bulldozers are digging through the sand along Egypt’s border with the Gaza Strip in recent days, pressing ahead with what appears to be a renewed campaign to pressure Gaza’s Hamas rulers and stamp out militant activity along the border.

The project, billed as an Egyptian military-operated fish farm, effectively would fill the border area with water and is designed to put an end to the last remaining cross-border underground smuggling tunnels, Egyptian military officials said. Hamas accuses Egypt of further isolating the beleaguered Palestinian territory.

The new excavations seem to be “a tightening of the grip of siege on Gaza,” Hamas official Mushir al-Masri said. Egypt “should not slide into this cliff that agrees with the Israeli policies of siege.”

Israel and Egypt have maintained a blockade of the territory since the Islamic militant group Hamas seized control of Gaza in 2007. For several years, Egypt tolerated a smuggling industry, allowing hundreds of tunnels to bring in goods like cigarettes and spare motorbike parts, as well as weapons. These tunnels were a lifeline for Hamas, which collected millions of dollars in taxes and revenues from the smuggled goods. They continued to thrive after longtime autocrat Hosni Mubarak was ousted in 2011 and the Islamist Mohammed Morsi won the country’s first free presidential election.

But things changed after the Egyptian army ousted Morsi, a key ally of Hamas, in 2013. The military-backed government accused Islamic militants of using smuggling tunnels to move between Gaza and Egypt’s Sinai Peninsula. Hamas denies militants move in and out of its territory.

Last November, after militants killed 31 Egyptian troops in an assault on a checkpoint 20 miles (30 kilometers) from Rafah, Egypt demolished hundreds of homes and evicted thousands of residents as it carved out a buffer zone and destroyed more tunnels. Today, Palestinian smugglers operate an estimated 20 tunnels.

But the violence has continued. Last month, Islamic State-linked militants struck Egyptian army outposts in a coordinated wave of suicide bombings and battles. It was some of Sinai’s deadliest fighting in decades and underlined the government’s failure to stem the insurgency. Last week, three gunmen in a speeding car killed two policemen in an attack claimed by the Islamic State group.

Now Egypt is trying to finish off the tunnels for good.

Egypt’s army began digging last week what officials said will be 18 fisheries along the 9-mile (14-kilometer) border with Gaza to grow mullet fish and shrimps, and to make digging underground tunnels impossible. The military officials spoke on condition of anonymity because they were not authorized to talk to the media.

On Sunday, diggers and bulldozers operated in several locations along the border. Pairs of 15-inch black steel pipes were scattered in the construction area. Previous plans to dig a small canal were abandoned after studies showed that the water would eventually flood the border completely, the officials said.

The new construction work has had an immediate effect on Gaza’s tunnel smuggling trade. One smuggler, who spoke on condition of anonymity because he did not want trouble with the Egyptians, said he bought a shipment of motorbike parts for $6,000, but paid $10,000 to get it smuggled into Gaza because the operation has become very risky.

Before the excavation began two weeks ago, 10 packs of cigarettes smuggled through the tunnels from Egypt’s Sinai Peninsula sold in Gaza for around 110 shekels, or about $28. Now the price has jumped to 125 shekels, or nearly $32.

Several smugglers told The Associated Press they are installing water pumps with 200-meter-long (220-yard) hoses to suck the water out of the tunnels in case they flood.

Hamas-appointed Rafah mayor Subhi Radwan said if the Egyptians filled the wells with sea water, it would damage the aquifer feeding Gaza, a charge Egyptian military officials dismissed. Radwan also said the fisheries would threaten to collapse homes on the Gaza side of the border.

“We appeal to our brothers in Egypt to stop the work that endangers the people of Gaza,” Radwan said. “Gaza has enough problems: wars, siege and a difficult economic situation.”