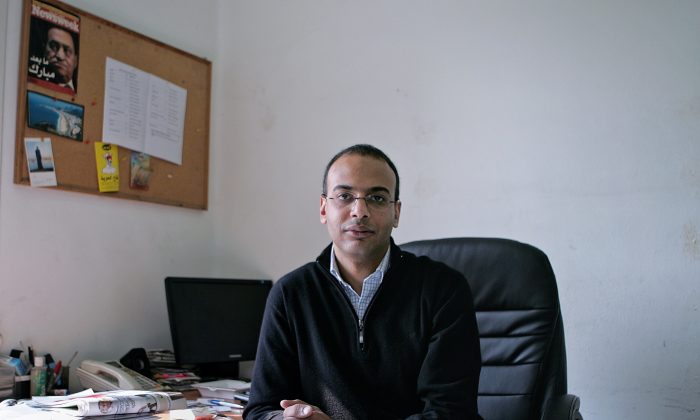 CAIRO—Egypt’s military released a leading investigative journalist and human rights advocate on Tuesday who had been detained under accusations of spreading “false news.”

Heba Morayef, associate director of the Egyptian Initiative for Personal Rights, announced on social media the release of Hossam Bahgat, detained Sunday after being summoned to an intelligence building in Cairo.

Bahgat is one of Egypt’s best-known rights advocates. He founded the group Morayef now works for in 2002, and was honored with a Human Rights Watch Alison Des Forges Award in 2011.

No further information was available over whether charges still stand against Bahgat in the immediate moments after his release.

The army had said he was referred to military trial for “compromising national security” and writing about the military without its written permission, while lawyers said he faced charges of spreading “false news.”

A day earlier, United Nations Secretary-General Ban Ki-Moon expressed concern over the detention, with his spokesman calling it “the latest of a series of detentions of human rights defenders and others that is profoundly worrying.”

Egypt’s Foreign Ministry on Tuesday denounced Ban’s concerns, saying his statement had “jumped to conclusions” over press freedoms while the Bahgat investigation was clearly related to possible violations of the penal code.

The detention, which caused a wave of uproar on social media and among activists, is part of a sweeping crackdown on critical media launched in the aftermath of the military overthrow of Islamist President Mohammed Morsi in 2013.

Lawyer Adel Ramadan has said military prosecutors asked Bahgat in detail about an article he wrote last month which described the August 2015 conviction of a group of military officers on charges of conspiring with the banned Muslim Brotherhood to plot a coup against President Abdel-Fattah el-Sissi.

As military chief, el-Sissi led Morsi’s 2013 overthrow during mass protests against his divisive rule, and was elected president last year.