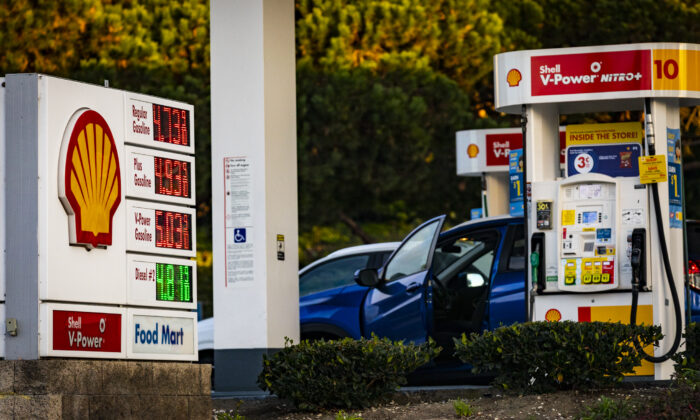 SACRAMENTO—State Republican lawmakers attempted to suspend the 51 cents-per-gallon gas tax on March 24—but were denied again.

Assemblyman Kevin Kiley (R-Rocklin) introduced Assembly Bill 1638 in January which would have immediately shut down the statewide gas tax. However, the bill failed in the state assembly on March 14.

The bill was attempted to be reintroduced March 24, but was denied a hearing on an urgency order during a 48–18 vote, with Democrats voting to not hear it.

Instead, the legislation will be heard in an assembly committee on a different date.

“Today, once again, republicans pushed to have an immediate suspension of the gas tax,” Sen. Melissa Melendez (R-Lake Elsinore) wrote on Twitter. “And once again, democrats voted no.”

The effort by Kiley comes a day after Gov. Gavin Newsom announced an $11 billion proposal to ease the burdens of rising gas prices on Californians.

The proposal includes a $400 tax rebate for every Californian with a registered vehicle. Rebates would be capped at two vehicles per household.

“We’re taking immediate action to get money directly into the pockets of Californians who are facing higher gas prices as a result of Putin’s invasion of Ukraine,” Newsom said in a statement.

The proposal will also allocate $750 million for up to three months of free public transportation, $523 million to pause the inflationary rate of the tax for gas and diesel, and $600 million to pause a portion of the sales tax rate on diesel for one year, according to Newsom’s office.

However, the proposal will still need to be approved by lawmakers before moving forward. If approved, car owners will see payments as early as July.