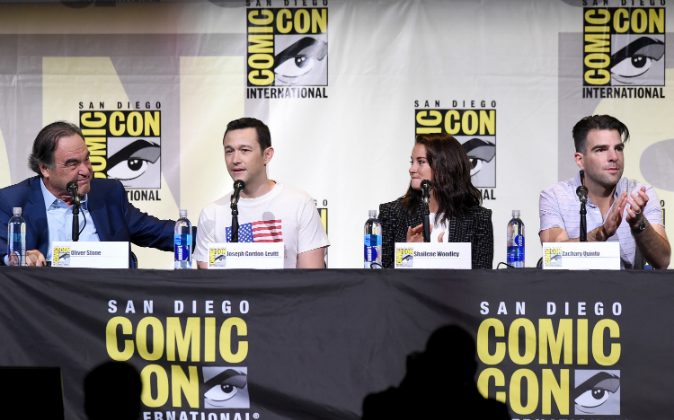 Edward Snowden to Beam Into Screening of Film ‘Snowden’

Edward Snowden is expected to make an appearance during the screening of the Oliver Stone-directed film, “Snowden,” according to Fathom Events.

The July 22 announcement revealed Snowden will appear via satellite in select theaters on Sept. 14 in an event entitled “Snowden Live,” where he will participate in a live Q&A session moderated by Stone.

Snowden is currently holed up in Moscow.

The former National Security Agency (NSA) infrastructure analyst gained national attention in 2013 when he leaked classified security documents to the media, including information that the NSA was collecting phone records.

The film will illustrate Snowden’s life from 2004 to 2013, including his relationship with longtime girlfriend Lindsay Mills.

Stone filmed in Germany because he didn’t “feel comfortable” to film in the United States.

“We felt like we were at risk here. We didn’t know what the NSA might do, so we ended up in Munich, which was a beautiful experience,” Stone said in a Q&A session moderated by The Hollywood Reporter.

Stone also met with Snowden in Russia on several occasions.

“He’s articulate, smart,” he said. “I’ve been seeing him off and on for a year—actually, more than that. I saw him last week or two weeks ago to show him the final film.”