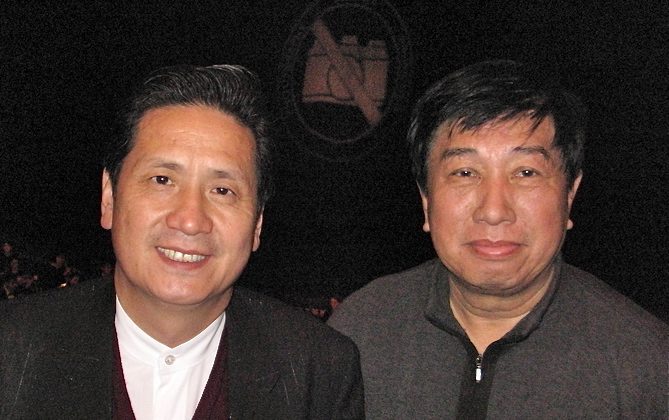 Having devoted himself to his cultural and educational business, Mr. Xu had a deep feeling for Shen Yun’s performance. He said: “It’s phenomenal! Shen Yun fully displayed the characteristics of various dynasties in the 5,000-year Chinese history, such as in the programs, Qing Imperial Guards of the Qing dynasty, An Era Begins, and in the folk dances of ethnic groups, Dance of the Qiang People and Lotus Leaves.”

Mr. Xu also said that as there were tender as well as vigorous dances this perfectly portrayed the essence of traditional Chinese culture.

As a music enthusiast who plays the keyboard and recorder, Zhiyi Xu praised the solo vocalists’ beautiful timbre. He said, “The vocalists presented a remarkable vocal performance.” He also commended the Shen Yun Orchestra, which combines classical Western and traditional Chinese instruments, for its fabulous performance.

Overall, he described the performance as “awesome and the demonstration of the art of truthfulness, compassion, and beauty!”

With Mr. Xu was a friend, Mr. Sanji Chen, who is president of the Hefeng Construction Company. Mr. Chen also gave praise to Shen Yun, saying, “The backdrops were fantastic and very successful.”

Also in the audience was Ms. Shimei Hao, assistant editor of the Youth Daily News, and her friend, Ms. Zhuzhen Li. Ms. Hao described the overall performance as “colorful and fascinating.” She said the dazzling costumes and the scenes on the dynamic backdrop were in great harmony.

Animated backdrops transport the audience to another world, says Shen Yun’s website. “Projected behind the dancers, the hi-tech images lift the stage and set it amidst blossoming landscapes, deep forests, Mongolian prairies, or celestial paradises.”

Ms. Hao felt that the Shen Yun Orchestra made the performance come alive. With a smile, she said, “In addition to appreciating the dances, I was also attracted to the orchestra.” She said the music was very touching and it deeply moved her heart. “It’s a peaceful feeling, entering the realm of music. I felt very peaceful in my heart. Unlike seeing other shows in the past, in which I often saw only superficial things.”