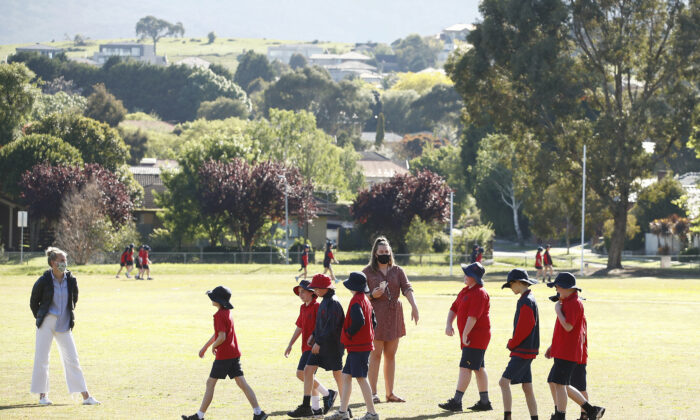 The Australian Education Union (AEU) has criticised the federal government for failing to provide education funding, alleging that students graduating from Australia’s public schools in 2029 will never have the education funded at the level that the Commonwealth and states say they should.

The AEU said in a statement on Jan. 17  that if the Morrison government is re-elected, it will impact education outcomes for the next seven years.

“The Morrison Government has failed to understand that their decisions on funding are not just about numbers. They have a real impact on students, their families and communities,” says AEU federal president Correna Haythorpe.

“We have looming teacher shortages. We have crippling workloads. We have infrastructure issues that mean in many instances, our students are denied the state-of-the-art facilities they need and deserve.”

The AEU stated that schools have been “let down” by the federal government during the COVID-19 crisis.

Online learning due to the pandemic has only widened the gap of inequality due to the disadvantaged students and their families lacking the IT equipment and adequate internet to access online learning effectively.

The AEU also called for a national school recovery plan to be developed by federal, state and territory governments in consultation with the union.

The proposed plan will involve capital investment into school infrastructure to provide ventilation audits, air-quality testing, air purifiers, masks and sanitation, as well as endorsing recurrent funding for intensive learning and support programs that are much needed.

Australia currently operates under the ‘Gonski’ methodology for school funding. The reform was introduced by the Gillard Labor Government in 2010 and finalised and implemented by the current Liberal Coalition since 2013.

The methodology determines funding per school based on the number of students and then additional loadings for students with additional needs and schools with certain characteristics such as operating in the rural areas and or working with a small cohort.

The Schooling Resource Standard (SRS) is an estimate of funding a school needs to meet its students’ educational needs and is based on recommendations made from a review into funding for schooling.

The SRS will need to be met to ensure at least 80 percent of students achieve standard results in the annual National Assessment Program-Literacy and Numeracy (NAPLAN) examination that assesses all students in Years 3, 5, 7, and 9.

Australian Bureau of Statistics (ABS) showed that in 2020, the majority of Aussie kids—65.6 percent—were enrolled in government or public schools. A further 19.4 percent of Australian kids were enrolled in Catholic schools and 15 percent in non-denomination private schools.

However, a report released by Putting Our Kids First (pdf) showed that the majority of the states and territories have been failing to meet these requirements for public schools, save the Australian Capital Territory, the only jurisdiction that managed to go above the requirements for both its public schools and non-government schools.

Non-government schools are also underfunded in Victoria, South Australia, Northern Territory and Tasmania from 2018-2021 with funding requirements expected to be met for Victoria, SA and Tasmania after 2021. Meanwhile, NT is projected to continue underfunding for all schools till 2023.

Queensland and Western Australia did relatively well for their non-government schools until the pandemic hit; QLD’s private schools were underfunded in 2020 and WA in 2020 and 2021.

The SA Education Department told The Epoch Times in an email that under the Liberal state government the National School Funding Reforms, a joint agreement in 2018 between the Commonwealth, the states and territories, saw the Commonwealth required to increase funding to all South Australian schools from $1.3 billion in 2018 to over $2 billion in 2029.

The agreement also required the SA government to increase funding to public schools by more than $700 million over the period from 2026-27.

Under the Australian Labor Party, the Victorian Education Department told The Epoch Times in an email that the Andrews Government had delivered $21.6 billion into education in the past six years. Although the state did not meet the SRS funding requirements for both government and non-government schools, the government had promised a $3.5 billion investment in the 2021/22 period.

To protect students and staff during as the new school term starts, the Victorian Labor government has also promised 51,000 air purifiers at “government and low-fee non-government schools by the start of Term 1 to remove potentially infectious particles–like coronavirus from high-risk areas in schools including staff rooms, sick bays, music rooms and other high-traffic areas.”

The Queensland government stated in an email to the Epoch Times that “all Queensland schools receive core resources to deliver the highest quality education. Funding provided to individual schools reflects a range of factors including location (rural, remote and small schools) and additional learning supports required such as for students with disability, or disadvantaged students.”