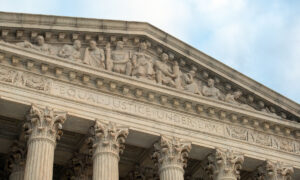 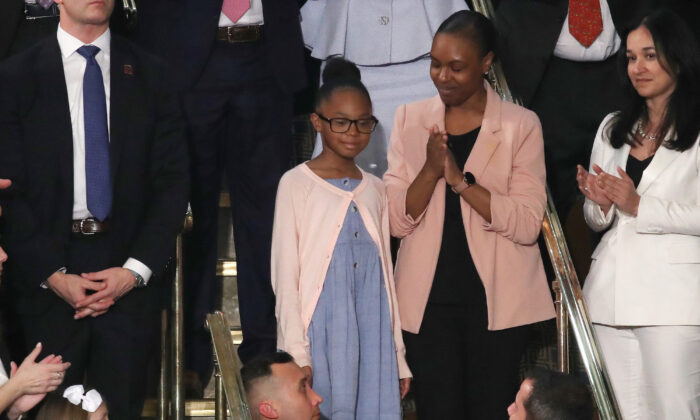 Stephanie Davis and her daughter Janiyah, attend the State of the Union address in the chamber of the U.S. House of Representatives, on February 04, 2020. (Drew Angerer/Getty Images)
Education

President Donald Trump promised Tuesday at his State of the Union address to give a Philadelphia fourth grader a scholarship that would allow her to attend a school of her choice. It turns out Trump’s education secretary, Betsy DeVos, is going to pay for that scholarship out of her pocket.

An Education Department spokesperson told local news outlet Philadelphia Inquirer on Wednesday that U.S. Secretary of Education Betsy DeVos would directly provide a scholarship to Janiyah Davis, and her mother Stephanie, who were invited to Tuesday’s presidential speech in Washington.

During his speech, the president introduced America to Janiyah, who has sought a way out of her low-performing public school through Pennsylvania’s school-choice program, which provides tax credits to individuals and businesses in exchange for donating to scholarships for students to attend private schools.

“But last year, that future was put further out of reach when Pennsylvania’s governor vetoed legislation to expand school choice to 50,000 children,” Trump said, referring to a 2019 Pennsylvania bill that would have expanded the state’s school-choice program by $100 million. Gov. Tom Wolf, a Democrat, vetoed the bill in favor of a more moderate expansion of the program reducing the funds available from $100 million to $25 million.

“Janiyah, I have some good news for you. Because I am pleased to inform you that your long wait is over,” Trump told the girl. “I can proudly announce tonight that an Opportunity Scholarship has become available, it’s going to you, and you will soon be heading to the school of your choice.”

Janiyah Davis is a 4th grade student who loves art and math, but for too long she has been assigned to low-performing schools.

The richest among Trump’s cabinet members, Betsy DeVos is estimated by Forbes to have a net worth of $2 billion. The Education Department spokesperson told Philadelphia Inquirer that DeVos donates her salary every year to various organizations.

The Davises traveled back to Philadelphia on Wednesday with DeVos and Vice President Mike Pence on Air Force Two. Pence mentioned Janiyah when he addressed an auditorium full of third and fourth graders at St. Francis de Sales School in West Philadelphia, although neither the girl nor her mother attended the event.

“The president added that no parent should be forced to send their child to a failing government school, and we will always work to ensure every parent in America has a choice on their children’s education,” said Pence. “Parents should choose where their children should go to school, and that’s the principle that brings us here today.”

DeVos also mentioned the Davises at the St. Francis de Sales when she addressed the attendees but did not say anything about personally funding Janiyah’s scholarship.