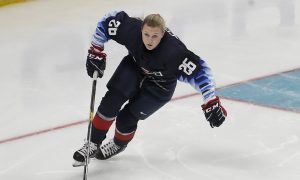 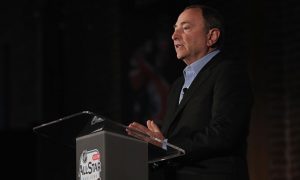 Banning Any Head Contact Would Mean End of All Hits in NHL, Bettman Says
0 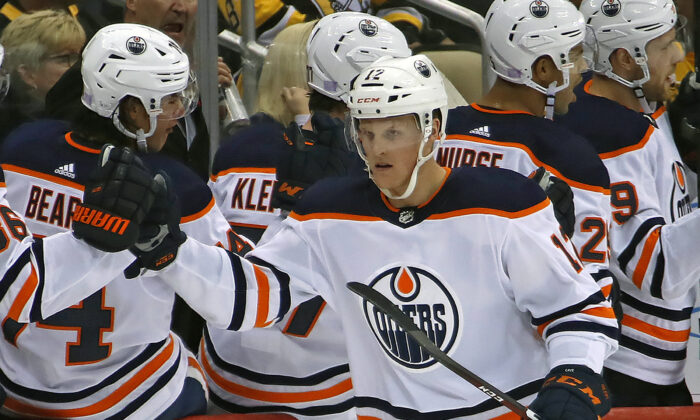 Edmonton Oilers' Colby Cave returns to the bench after scoring during the second period of an NHL hockey game against the Pittsburgh Penguins in Pittsburgh on Nov. 2, 2019. (Gene J. Puskar/AP Photo)
Hockey

Edmonton Oilers forward Colby Cave has died at 25 after suffering a brain bleed earlier this week.

“It is with great sadness to share the news that our Colby Cave passed away early this morning. I (Emily) and both our families are in shock but know our Colby was loved dearly by us, his family and friends, the entire hockey community, and many more,” she said. “We thank everyone for their prayers during this difficult time.”

The 25-year-old native of Saskatchewan, Canada, was airlifted on Tuesday to Sunnybrook Hospital and underwent emergency surgery. Doctors removed a colloid cyst that was causing pressure on his brain.

Emily Cave posted an update on Instagram on Wednesday after seeing Cave through a window with his parents and talking to him via a walkie-talkie.

“My heart is shattered into a million pieces without my best friend,” she wrote.

She said that the family was no longer allowed to be in the hospital because of COVID-19 rules. She said at the time that they had no idea when they would be allowed to see him again.

“Please wake up. Please wake up. It’s all I can keep asking, ‘he’s going to wake up right?’ We need a miracle,” Emily pleaded. “Colby’s parents and myself got to see him through a window and talk to him with a walkie-talkie last night.”

Cave scored one goal in 11 games with Edmonton this season. He has four goals and five assists over 67 NHL games with Boston and Edmonton.