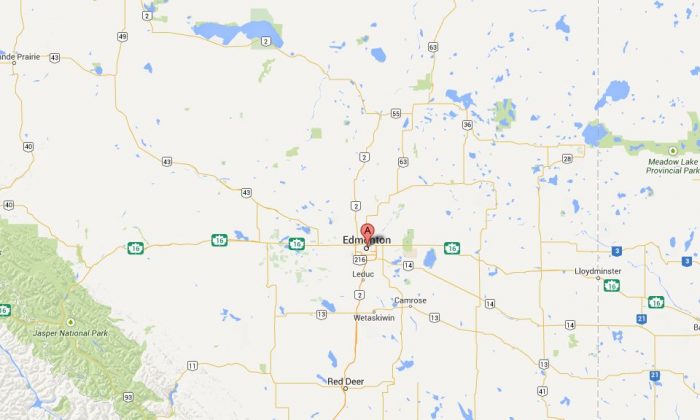 At least nine people were found dead in Edmonton, Canada, in three separate crime scenes on Tuesday, according to reports.
Canada

Bodies were found in Fort Saskatchewan at a Vietnamese restaurant, reported the Edmonton Journal. The three crime scenes were linked by police, the report said.

Police spokeman Scott Pattison said Tuesday that they were called to a home in the city’s north end Monday night and found at least two bodies.

Officers are also dealing with the suspicious death of a woman in the southwest part of the city. Her body was found Monday night after officers answered a call about a weapon in a home.

Mounties in nearby Strathcona County are also investigating a suspicious death in Sherwood Park, just east of Edmonton.

Police are currently investigating a “homicide scene” in north Edmonton. Downtown Fort Saskatchewan was blocked off by police, as they investigate the matter.

A witness said a woman, who was outside the crime scene in north Edmonton, said, “My kids! My kids!” reported Global News Canada.

At around 8:30 p.m. on Monday night, police were called to a home at 180th Avenue and 83rd Street in Klarvatten. Neighbors said that a couple with young children live there along with an elderly woman.

A neighbor told Global News: “It is a little frightening… I don’t know what to think of it… It’s not a happy thought at this time of year.”

Fort Saskatchewan RCMP advised residents early Tuesday morning that all roads to the downtown core had been blocked off and no access would be permitted until further notice. Around 9:30 a.m., RCMP issued an ‘all clear’ and barricades had been removed, the City of Fort Saskatchewan tweeted.

Authorities are also investigating a home in Haddow, where a woman in her 30s was found dead, according to CBC.

Neighbours told CBC News that a woman, a grandmother and two school-aged children live in the home. They say the woman is separated from her husband.