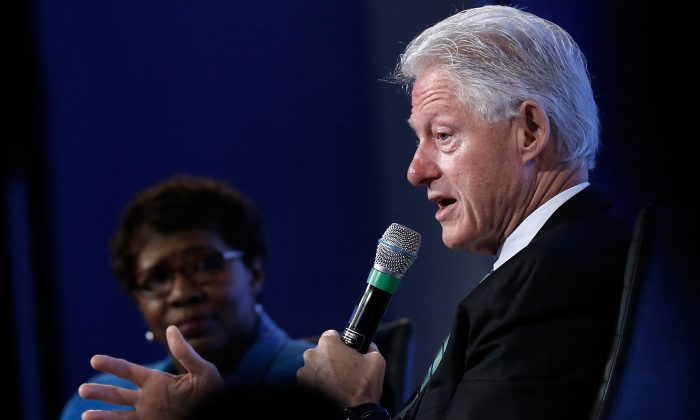 Former President Bill Clinton, still reeling over his wife’s loss in the election, reacted to Donald Trump’s win in an editorial published in a local New York newspaper.

Clinton blamed “angry white men” for Hillary Clinton’s loss, while also going after FBI Director James Comey—the top law enforcement official sent a letter to Congress about ten days before Election Day, saying the agency was investigating new emails that pertained to an investigation of Hillary Clinton’s email server. Then, the weekend before Nov. 8, Comey said the FBI would not be pursuing new charges against Clinton.

“James Comey cost her the election,” the ex-president wrote, according to an editorial published in the Bedford-Pound Ridge Record Review in New York, as reported by The Hill. He said her campaign was leading in national polls and was winning in certain swing states before Comey’s bombshell letter.

The new batch emails were found on a laptop shared by top Clinton aide Huma Abedin and her now-estranged husband Anthony Weiner. Trump’s campaign and other Republicans seized on the finding to portray Hillary Clinton as corrupt and unfit for the presidency.

“He doesn’t know much,” Bill Clinton also wrote of Trump, adding that the “one thing he does know is how to get angry, white men to vote for him.”

There were reports that the former president was urging Clinton’s campaign to focus on wooing white, working-class Americans. But according to sporadic reports, the campaign apparently ignored his suggestions.