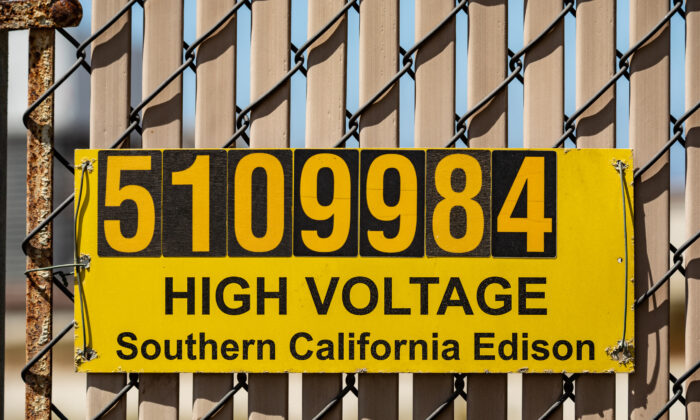 As Southern California Edison (SCE) begins to roll out its new “time-of-use” plan to its residential customers, many solar panel owners are seeing their energy bills increase.

For years, SCE operated on a tiered energy billing system, where customers—spanning across Orange, Los Angeles, San Bernardino, and Riverside Counties—would pay based on the amount of energy they used.

Now, under the new time-of-use plans that will be rolled out to 2.3 million SCE customers from November through April, customers will be charged a different rate per kilowatt used depending on when the electricity is utilized, with the most expensive rate being between 4–9 p.m.

The change comes due to how SCE’s energy grid works: During the day, there is an abundance of energy because of solar panels, driving down the price. Yet during dusk and nighttime, when fossil fuel plants begin to rev up to maintain power to homes, it costs a lot more to generate electricity.

For some customers, this will be a good change, as they have the option to use energy when the rate is lower. However, some solar panel owners are unhappy with the change as they say their large investment in solar will take far longer to pay off.

Solar panel owners use a process called Net Energy Metering—whereby customers are credited after sending excess electricity their panels create back to SCE’s grid in exchange for a much lower monthly bill.

“We should be encouraging people, not discouraging them, from putting solar panels on their rooftops. One way to do that is to make the terms of the investment predictable and clear. SCE hasn’t done a great job of this,” Dave Rosenfeld, executive director of Solar Rights Alliance, a group fighting against the change, told The Epoch Times.

While all regular customers can opt out of the new time-of-use plans, which SCE believes to be around 20 percent, those who installed solar after July 1, 2017, are not able to opt out due to California policy.

In essence, solar panel owners—of which SCE has 400,000 out of 4.3 million residential customers—are concerned they will be credited less than they used to be, and that the change will only serve to discourage more people from getting solar panels, hurting renewable energy goals.

Ron Gales, senior adviser for SCE starkly disagreed, saying the new time-of-use plans only serve to help renewable energy goals by encouraging people to do electricity-intensive tasks during the daytime when renewable energy is abundant.

“From the position of SCE, time-of-use rates are going to do the exact opposite. They’re designed to incentivize customers to use more clean energy that’s available on the electric grid by offering lower rates at those times of day when renewable and cleaner and less expensive energy is abundant,” Gales told The Epoch Times.

Gales said that while each individual still needs to “run the numbers” and make decisions about what is best for them, solar will still be beneficial for those whose “goal is to ultimately pay less on their monthly electric bill,” and time-of-use rates will have a “limited impact” on that goal.

“It relates to simple supply and demand when [solar panel owners] are selling extra excess energy back to the grid during those midday hours. The cost has been driven down because of all the excess, because of all that abundance on the energy grid. So with their credit, they’re being charged less during those hours, but they’re getting credited less because the rates are less.”

Gales said that while solar panel customers are very important to the company, it’s also important to keep in context what is best for all 4.3 million residential customer accounts, not just the 400,000 solar panel owners.