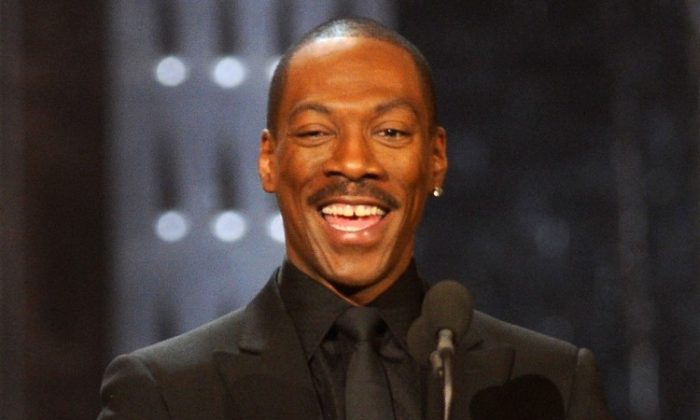 Eddie Murphy revealed that he has a new baby boy—his 10th child.

The actor and comedian released a statement via his publicist on Dec. 3, saying Max Charles Murphy was born last Friday and weighed 6 pounds, 11 ounces. His fiancée Paige Butcher is the boy’s mother, The Associated Press reported.

The statement said Butcher and the child are doing fine. “Both mother and son are doing well,” said the representative, according to The Hollywood Reporter.

The boy’s middle name is a tribute to Murphy’s older brother Charlie Murphy, who died of leukemia last year. Charlie Murphy is best known for his comedic work on the “Chappelle’s Show,” where he recounts stories about singers Rick James and Prince.

It’s the 10th child for the 57-year-old Eddie Murphy and the second child for Butcher, 39. They have a 2-year-old daughter named Izzy.

The “Beverly Hills Cop” and “48 Hours” actor has been dating Butcher since 2012 before they recently got engaged.

Someone close to the couple told People magazine they were “very happy to expect another baby.”

“They wished for a younger sibling for their daughter,” the person said. “They live a pretty low-key life. They are all about family. Paige is very close to Eddie’s kids.”

The source added: “They are a very special and happy family. They vacation and spend holidays together. Paige loves being a mom and is very involved. She takes her daughter to the park and for play dates.”

Murphy’s next movie, “Dolemite Is My Name,” is about actor Rudy Ray Moore. It also stars Wesley Snipes, Chris Rock, Craig Robinson, and Keegan-Michael Key. It’s slated for release in 2019.

Murphy joked in 2016 that his children are mostly “grown,” not “old,” CBS News reported. “None of my children are gray and balding,” he said. “It’s just pretty natural. It’s a natural thing.” He added, “My world revolves around [my children]—even the old, gray bald ones.”

Last April, Charlie Murphy, a longtime comedian, died at age 57 of cancer. “Our hearts are heavy with the loss today of our son, brother, father, uncle, and friend Charlie,” the Murphy family wrote in a statement at the time. “Charlie filled our family with love and laughter and there won’t be a day that goes by that his presence will not be missed.” Charlie was known as a defender of his brother during his career.

Charlie recalled one night at an Eddie Murphy stand-up performance about going after a heckler “who tried to squeeze the lemon.” “I took it as a personal crusade until they were like, ‘You’re a little overzealous in how you’re performing your job.’ So that’s how I ended up not doing [security] anymore,” Murphy said, according to Rolling Stone magazine.

“Growing up in the Bushwick area of Brooklyn, Charlie often stuck up for his younger brother; in defending Eddie, Charlie joked about fearing his mom’s wrath if bullies picked on Eddie more than the bullies themselves. That guardian role made Charlie a natural to serve as Eddie’s security guard as the comedian quickly ascended to stardom,” Rolling Stone wrote.