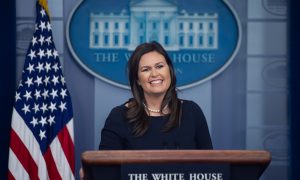 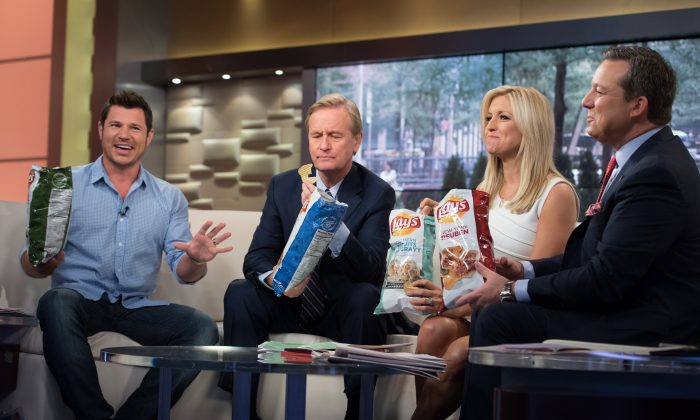 Ed Henry has returned to Fox News after a successful surgery which saw him donate nearly a third of his liver to his sister.

The network’s Chief National Correspondent made an emotional return to “Fox & Friends” on Sept. 6 in a teary live interview.

Henry had been taking time to recover from donating about 30 percent of his liver to his sister Colleen, who has reportedly been battling a degenerative liver disease.

The 48-year-old thanked his viewers and colleagues for their support and said that his sister is “doing great.”

“She had a diseased liver to take out,” he explained. “Her surgery went a lot longer. But as you can see, she’s looking great. Hope to have her here soon. Maybe come in and chat with everybody.”

He added that being able to donate part of his liver to his sister “has changed his life.”

“This summer’s been amazing. My wife Shirley has been there every step of the way. My son Patrick went to college. It was so hard,” he said.

“And then my daughter and I went on this, you know, daddy/daughter trip around Europe. It’s just—it’s changed my life.”

“Five days after surgery I just walked out of the hospital as Colleen continues to make steady progress. Her beaming son Frank—and his T-shirt—said it all #grateful #livingdonor,” he wrote on Twitter on July 14.

Five days after surgery I just walked out of the hospital as Colleen continues to make steady progress. Her beaming son Frank — and his t-shirt — said it all #grateful #livingdonor pic.twitter.com/l1QOqCL6oA

Speaking of his sister’s recovery process compared to his own, Henry said it’s “harder” and “takes more time” as she is the one receiving the donation.

In an opinion piece for the news network which Henry described on social media as a “love letter” to his sister, the broadcast journalist said he made the decision to donate because of the amount of people on the transplant waiting list for healthy life-saving organs.

At the time of writing on July 7, Henry said there were 13,000 people in the United States waiting for a healthy liver for transplant.

Figures from the U.S. Department of Health & Human Services show that there are approximately 13,245 people on the liver transplant waiting list currently, and 124,114 for all organs.

“I am determined to do whatever I can to give my sister the greatest gift of all, which quite simply is life,” he wrote.

He explained that the procedure to remove part of his liver would take about six hours, while his sister would have to undergo about 8 to 10 hours of surgery to completely replace her “diseased” liver with a portion of his own.

“The liver is an amazing organ that will then regenerate in both me and my sister after the transplantation,” he wrote. “My one healthy liver will become two in a matter of hours.”

“And then I am told that within four to six weeks, both of those portions of my liver will grow back to 100 percent in each of us.”

He added that his doctors instructed him to lose 10 to 15 pounds before he could get the medical clearance he needed for the surgery.

He ate low-calorie food, cut down on his alcohol intake, and exercised regularly, he recalled, before he was cleared to be a donor on June 5.

“The work of several months had paid off with the best dividend of all, finally getting to call Colleen and tell her I could do it!”

Hard to believe this was only four weeks ago today, just before our surgeries. #colleen going strong 💪 thank you 🙏 for all of the prayers #blessed

Henry posted a photo of the pair on Aug. 6, just before they underwent surgery, with the caption: “Hard to believe this was only four weeks ago today, just before our surgeries. #colleen going strong 💪 thank you 🙏 for all of the prayers #blessed.”