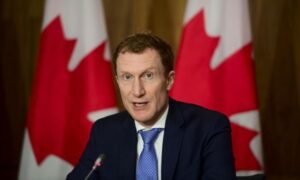 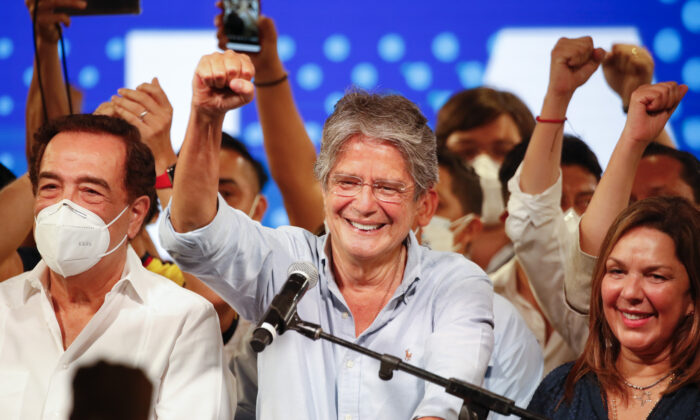 QUITO, Ecuador—Ecuador will be led for the next four years by a conservative businessman after voters rebuffed a left-leaning movement started by former President Rafael Correa more than a decade ago. That election certainty, however, did not extend to neighboring Peru, where the presidential contest is headed to a runoff after none of the 18 candidates obtained more than 50 percent of the votes.

The South American nations held elections Sunday under strict public health measures amid a surging coronavirus pandemic that has brought on new lockdowns and exacerbated a general sense of fatigue. Peru, which also elected a new Congress, reported its highest single-day COVID-19 death count just as voters headed to the polls.

The victory of former banker Guillermo Lasso in Ecuador came after less than half of a percentage point put him ahead of another candidate and allowed him to claim a spot in Sunday’s runoff. The result breaks off the country’s years under the so-called Correismo, a movement labeled after Correa who governed Ecuador from 2007 through 2017, grew increasingly authoritarian in the latter years of his presidency and was sentenced to prison last year in a corruption scandal.

Correa’s protégé, Andrés Arauz, easily advanced to the contest to replace President Lenín Moreno, who chose not to seek re-election. Moreno was also an ally of Correa but turned against him while in office. In the runoff, Lasso benefited from the discontent toward Correa and his allies, but he will have to face a strong Correista bloc in congress.

“The first action will be to put the economy in order, promote investment and generate employment so that all Ecuadorians do not emigrate, stay in Ecuador and achieve the dreams they want for their families here,” Lasso said at a press conference Monday.

He said his immigration policy is twofold, defending Ecuadorians abroad “but at the same time, also acting humanely with Venezuelans who have arrived in Ecuador. … We cannot be so inconsistent in asking for a good treatment for Ecuadorians living abroad and mistreating foreigners living in Ecuador; we have to be coherent” and will seek to work with the United Nations.

Ecuador is among the countries that have seen an influx of Venezuelan migrants who have left their troubled nation in search of better opportunities.

Asked about his future international policy, Lasso said he will promote the broadest multilateralism as a democrat “with a project that seeks the well-being of the Ecuadorian people.”

“That definition of the left and right is a reductionism in disuse at the present time,” he said.

Elections officials have not officially declared a winner, but Arauz conceded the election Sunday and at least one head of state has congratulated Lasso on the outcome.

The pandemic paralyzed 70 percent of businesses in Ecuador last year and brought the country’s unemployment rate to almost 68 percent. The country already had been in an economic slowdown that began in 2015, largely driven by the drop in oil prices.

Similarly, in Peru, the world’s second largest copper producer, the economy spiraled downward when a lockdown of more than 100 days early in the pandemic left about 7 million people unemployed. But unlike in Ecuador, Sunday’s elections did not bring any clarity about the country’s future.

None of the eighteen presidential hopefuls obtained the more than 50 percent of support needed to avoid a June 6 runoff.

The crowded presidential contest came months after the country’s political chaos reached a new level in November, when three men were president in a single week after one was impeached by Congress over corruption allegations and protests forced his successor to resign in favor of the third.

All former Peruvian presidents who governed since 1985 have been ensnared in corruption allegation, some imprisoned or arrested in their mansions. One died by suicide before police could arrest him.

Castillo, a rural teacher, has proposed rewriting Peru’s constitution and deporting all migrants living in the country illegally, a moved aimed at the wave of Venezuelans who have sought refuge from their home country’s crisis. He also wants to nationalize the mining, oil and energy fields.

Fujimori is the daughter of the polarizing former President Alberto Fujimori. He is serving a 25-year sentence for corruption and the killings of 25 people. She has promised to free her father should she win.

Claudia Navas, a political, social and security risk analyst with the global firm Control Risks, said Peruvians overall do not trust politicians, with corruption being a key driver of the disillusionment toward the political system. She said the new congress will likely continue to exercise its impeachment authority to reinforce its own influence and block any initiative that threatens its own power.

“Regardless of who wins, we believe that the president is somewhat unlikely to complete his or her term in office because of the of the populist-type of stance of the Congress and the risk of political instability is likely to persist through the administration,” Navas said.