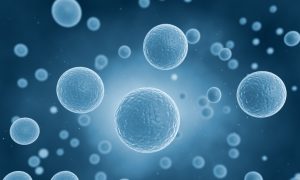 Westpac’s Melbourne Institute Index of Consumer Sentiment rose by 1.9 per cent in November to its highest levels since late 2010. The index was bolstered by a recent surge in house prices which have pushed property values to record highs. With the Reserve Bank expected to keep rates at all-time lows, rising house prices will likely continue to fuel consumer confidence.

“It is encouraging that the Index has returned to these levels,” said Bill Evans, chief economist at Westpac.

Westpac also reported a 4.4 per cent rise in the sub-index that tracks “whether now is a good time to buy a major household item”.

Meanwhile, National Australia Bank’s monthly business index confidence tapered off in October and fell 7 points from its three and half year high of +12 to +5.

“The pull back in confidence suggests businesses may have reassessed their expectations for the outlook, given the continued weakness in actual conditions,” NAB’s report stated.

Despite the drop, the index’s longer-term position is still strong relative to confidence levels reported earlier in the year.

“This is consistent with relatively strong confidence reported in finance, business, property and construction firms,” said the NAB.

If business confidence continues to slide however, it seems likely the benefits of increased consumer confidence may be short-lived.

These sentiments were echoed by the Reserve Bank in its Statement of Monetary Policy released last week where it lowered its growth forecast for 2014 by 0.5 per cent to 2.5–3 per cent.

The RBA said that a “fall in mining investment over 2014, with some large projects delayed or looking less likely to proceed” and non-mining investment expected to remain subdued as key factors behind its reduced growth forecast.

If business investment continues to slide and consumer confidence stagnates, the central bank has left the doors open for another potential rate cut.

“It was appropriate to hold the cash rate steady, but not to close off the possibility of reducing it further, should that be needed to support economic activity consistent with the inflation target,” the RBA said in a statement.