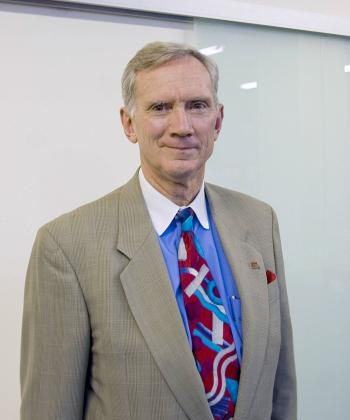 ‘Optimist’ Not Down Over Economic Hype

Christine Lin
Christine Lin is an arts reporter for the Epoch Times. She can be found lurking in museum galleries and poking around in artists' studios when not at her desk writing.
View profile
Follow
biggersmaller
Print
NEW YORK—Paul Fetscher is President of Great American Brokerage Inc., a New York based firm specializing in Restaurants and Retail. Also among his list of titles are Certified Commercial Investment Manager and Certified Leasing Specialist appointed by the International Council of Shopping Centers.

Having worked in commercial real estate for decades, he's an overall expert in what sells, what the future holds, and what the past (should have) taught us. The Epoch Times had the chance to conduct an interview with Fetscher about his predictions.

“Everybody thinks that all real estate is going to hell in a handbasket. Certainly not,” Fetscher said.

Giving ground to his statement, Fetscher added that “over 66 percent of troubled loans (60 days or more in arrears or in foreclosure) are not primary residences.” Second, “if you take the states of California, Nevada, Arizona, and Florida, those four States hold 54 percent of all the troubled loans. It's worse than what we've been looking about, but it's certainly not the end of days.”

Fetscher expressed his belief that the situation hasn’t hit rock bottom yet, but added that he isn’t concerned. “I've been on this roller coaster for a long time. I've been in real estate for 39 years,” he said. “I know that this too shall pass.”

How We Got into This Mess

Fetscher says the current situation is a result of the system giving positive feedback for negative behavior.

“During the Clinton administration, they came to certain realizations. One of those was: of the majority of families in America, the majority of their net worth was the equity in their home. Clinton then says, 'Well, the way we get people out of poverty then, is get more people into homes.' How do we do that, because these people don't qualify. Answer: we do it by lowering our standards,” said Fetscher.

“The second thing we had was severability,” Fetscher said, adding that when he was growing up, lenders asked the question of whether they believe a borrower is likely to pay them back. Soon after the chain of accountability broke down.

When Wall Street started lending, companies didn't have to go to the banks anymore to borrow money. Then, “some of the people on the real estate side said, 'Hey that's great. We'll just take some of these mortgages and sell them to Wall Street because they'll just put them in a pool and it's got a very low failure rate.”

Because of the success of this system, mortgage lenders were encouraged to give more loans with lower requirements.

To add fuel to the flame, builders who received easy financing began building luxury condos for which there is little demand. They flocked to boom-and-bust towns in Nevada and Southern California. The last chain, between supply and demand, had been broken. “And that's what brought this down…Everyone at every stage in that process was being rewarded.”

In a climate when most people and institutions are hoarding their money, a few smart investors with their eye on the future are seeing this time as an excellent opportunity. “It's a great time to buy, it's a great time to lease,” Fetscher said.

For entrepreneurs, infrastructure improvements, and public-private partnerships, now is a good a time as any to start, Fetscher said. Furthermore, he applauds those who take the leap to build sustainably because he believes that over time it saves money.