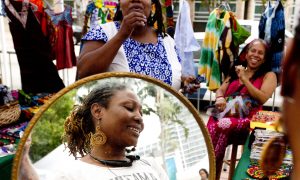 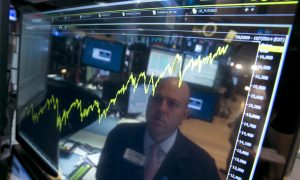 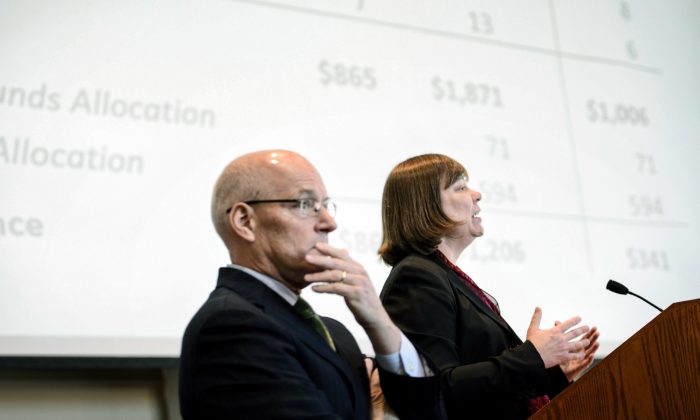 NEW YORK—Business economists are slightly less bullish about prospects for economic growth next year, according to a survey published Monday.

The National Association for Business Economics says the average forecast is for growth of 2.6 percent next year, down slightly from 2.7 percent in its previous survey conducted in September. But they expect the jobs market to continue strengthening, with the unemployment rate dropping to 4.7 percent by the end of 2016. The rate now stands at 5 percent.

The survey conducted Nov. 6-18 among a panel of 49 business economists struck a slightly downbeat note as experts lowered earlier forecasts on a variety of measures of economic health, including housing starts and industrial production.

Further out, two-thirds of those surveyed expect potential economic growth between 2 and 2.5 percent over the next five years.

Highlights of the association’s survey:

— Lower growth: In addition to the lowered forecast for gross domestic product next year, economists cut their expectation for this year. GDP is now expected to grow 2.4 percent in 2015. A year ago, economists expected robust growth of 3.1 percent this year, which would have been the strongest since 2005.

— More hiring: Employers are expected to continue hiring more than 200,000 workers each month through next year. Pay for workers is expected to pick up, too. The average forecast is for hourly compensation to rise 2.8 percent next year, up from 2.2 percent expected this year.

— Fed hike: Most of the economists in the survey believe the Federal Reserve will begin raising short-term rates from record lows at its next two-day meeting starting Dec. 15. They expect steady, but modest increases next year.

— Higher borrowing rates: The yield on a key government bond that impacts rates on car loans, mortgages and other types of loans is expected to rise sharply, but not as fast as earlier forecasts. Economists expect the yield on the 10-year Treasury note to rise to 2.88 percent by the end of next year versus 2.27 percent on Friday. They had earlier forecast the yield to rise to 3 percent.