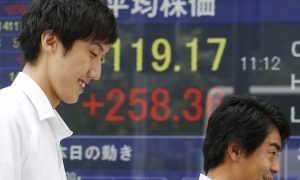 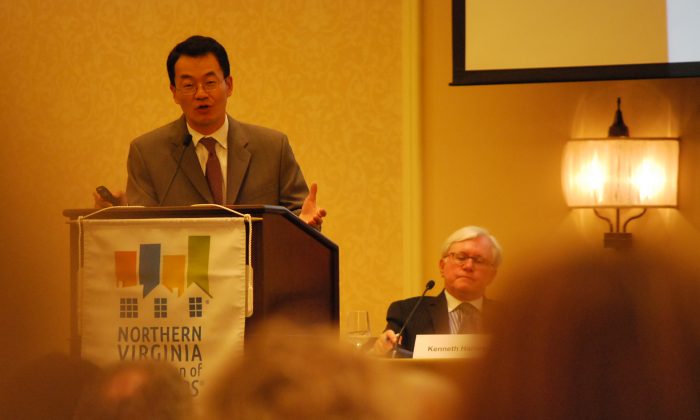 FAIRFAX, Va.— Chief Economist with the National Association of Realtors Dr. Lawrence Yun advised the group of realtors to beware of rising inflation. If inflation rises, he predicted that interest rates in the DC area could increase to 4.5 percent by year’s end, reaching to 6 percent by next year.

Dr. Yun was among economists who advised realtors at the 2013 Economic Summit hosted by the Northern Virginia Association of Realtors (NAR) held at the George Mason Inn and Conference Center on Sept. 5.

Dr. David Crow, chief economist and senior vice of the National Association of Home Builders recognized that interest rates are still at an all-time low although they’ve recently risen.

Yet despite low interest rates, experts pointed to a number of conditions that are making it increasingly difficult for first-time home buyers to secure a mortgage.

Yun reported that the average credit ratings for approved loans from Fannie Mae and Freddie Mac increased from 720 to an average required score 760-770 during the period 2009 to 2012.

“[Consumer Finance Protection Bureau] is beginning to have a big impact on real estate and finance,” said moderator Kenneth Harney, author and commentator on mortgage finance and real estate issues.

Congress established the Consumer Finance Protection Bureau (CFPB) in 2011 in the Dodd-Frank Act. The CFBP has been involved with setting mortgage reform and rules.

At the local level, a number economic and housing trends were examined.

Federal spending is down in the region due to sequestration to an estimated $71.8 billion in 2013 from $82.5 billion in 2010 according to George Mason University (GMU) Center for Regional Analysis data. The Center anticipates that federal spending will continue to fall in the next four years.

All non-federal economic sectors in the Washington metro area are growing led by growth in the northern Virginia economy according the GMU Center for Regional Analysis.

Dr. Yun said that he anticipates the clustering impact of companies relocating and developing in the region due to area’s educated skilled workforce to affect the growth of the local economy.

The sectors forecasted to see the most growth include the professional and business services sector which is expected to see a 21 percent increase in jobs from 2012 to 2017. The education, health and the construction sectors are expected to also lead in job creation in the region according the GMU Center for Regional Analysis.

Although experts predict continued modest economic growth in the region, thus far builders have not kept pace with the growing demand for new homes, creating an inventory shortage that is slowly improving.

“I think we are definitely seeing a lot of international investors coming in. They love this market because interest rates are low, even if they are not borrowing. They love the fact that we are in a rising market,” said Christine Richardson, realtor with Weichert Realty.

With international buyers playing a stronger role in the market where first time homebuyers once did, and the number of renters increasing, real estate investors have taken note and have responded by developing high density apartment buildings. However in areas like northern Virginia they have faced challenges working with local governments that seek to preserve areas with residential homes, according to David E. Versel, Senior Research Associate, GMU Center for Regional Analysis.

“There is a huge battle being fought in areas like Arlington, [Va.] over the development of high density apartment buildings,” said Versel.