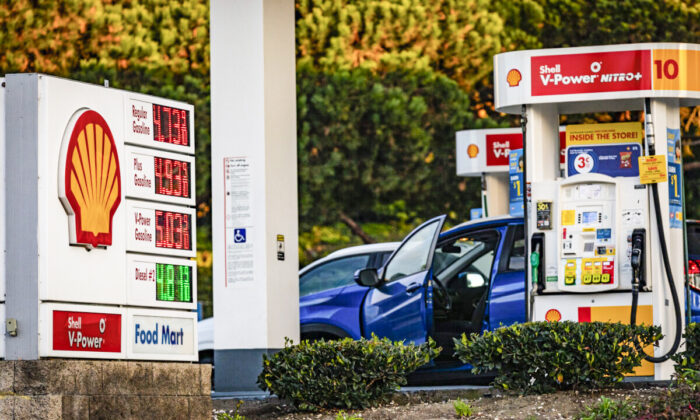 Gas to Reach $7 a Gallon in California: Economist

Gas prices in California could soon reach $7 a gallon as a result of the conflict in Ukraine and other factors, according to one state economist.

Gokce Soydemir, an economics professor at California State University–Stanislaus, told The Epoch Times Californians should expect to pay a lot more at the pump, while inflation will easily last through the summer.

A gallon of gas is “easily going to be to $7 in California,” Soydemir said. “Consumers are going to see the ripple effects resulting from the high price of oil.”

The Automobile Club of Southern California also expects high fuel prices to last through the summer.

Operators are required to switch to a “summer blend” of gasoline between April 1 and Oct. 31 in most Southern California areas. The blend prevents evaporation when temperatures rise and costs consumers up to 20 cents more per gallon.

“We don’t know exactly how bad it’s going to get but we do think it is going to keep going up,” Venegas said.

Oil prices topped $100 a barrel on March 1. Meanwhile, Los Angeles-area customers are paying 33 percent more for gas and 5 percent more for housing than a year ago, according to the U.S. Bureau of Labor Statistics.

Some California representatives are calling for solutions.

“The cost of living in the Golden State has been on the rise while Democrat politicians continue to abandon commonsense solutions that will deliver relief to the state’s residents,” House Republican Leader Kevin McCarthy (R-Bakersfield) told The Epoch Times in an email.

Republicans will continue advocating for all-of-the-above energy solutions that support jobs and eliminate reliance on foreign oil, he said.

“Rather than rely on Russian energy, we must fight for sustained energy independence and clean energy production here at home in California and across the country,” McCarthy said.

Costs are also expected to rise in California’s retail sector during the conflict. The state’s retailers still haven’t turned the corner on supply shortages caused by backlogs at the ports, Rachel Michelin, director of the California Retailers Association told The Epoch Times.

The Ukraine conflict will only add to the shortage of goods and could spur extra fuel surcharges for retailers. Smaller and independent retailers are expected to take the brunt of the cost increases, she said.

“We will see increased costs if this [war] continues,” Michelin said.

The Federal Reserve is expected to meet again March 16 to 17 and discuss a possible increase in interest rates and a change in the Fed’s investments in mortgage-backed securities.

The supply of homes in the state coupled with low-interest rates is currently driving home values skyward.

Any increase to the current 30-year mortgage rate of 4 percent could move the real estate market to a more regular seller’s market, Thomas said.

“It would still be moving at a pretty good clip but it won’t be the insanity we were experiencing last year,” he said.

Home prices are already higher in California compared to much of the nation. Even so, houses only stay on the market for about seven days, and about 57 percent of them were sold for more than the asking price in January, Thomas said.

The Ukraine conflict raised some uncertainty, according to Federal Reserve Gov. Christopher Waller.

“It is too soon to know how Russia’s attack on Ukraine will affect the U.S. economy, and it may not be much easier by the time of our March meeting,” Waller told a gathering at the University of California–Santa Barbara on Feb. 24.

However, based on current inflation data, Waller said he believed the Fed needed to act promptly to begin tightening monetary policy.

The 40-year high inflation rate of 7.5 percent was alarming, according to Waller, because it was especially painful for lower- and middle-income individuals who don’t have a choice about paying more for gasoline, groceries, shelter, and other necessities.

“High inflation is a significant problem for individuals and families, and it makes it difficult for businesses to control costs and adjust prices,” Waller said.