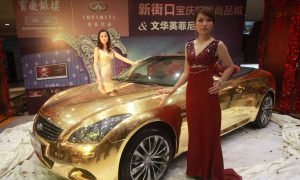 Economic Theories That Have Changed Us: Game Theory

Welcome to our series on economic theories that are changing the way we think. Today, Partha Gangopadhyay explains game theory.

Notwithstanding lingering discontent, faint murmurs and mild protests among economists, there is no denying the fact that game theory has assumed central importance in modern economics. In 1994 the first Nobel award to three game theorists – including mathematician John Nash – officially recognised the enviable role that game theory has played in advancing and propelling economic theory.

Game theory officially entered the world in 1944 with the publication of the magnum opus in game theory, “Theory of Games and Economic Behavior”. This was a joint collaboration between an Austrian economist, Oskar Morgenstern, and John von Neumann – a universally acclaimed genius, polymath and polyglot from Hungary.

But for the purists the exact birth year of game theory is 1928 when von Neumann formally constructed the mini-max theorem in a paper entitled “Zur Theorie der Gesellshaftsspiele” published in a German mathematical journal known as the Mathematische Annalen.

Economic Theories That Have Changed Us: Efficient Markets and Behavioural Finance

Von Neumann was an undisputed genius, but he was a mediocre poker player and quickly realised that the probability theory cannot help one win poker games. His great appreciation for sketchy information, second-guessing and unpredictability of poker games laid the foundation of game theory: how poker players can hide information by strategically releasing information through their moves and prompting mistakes from rivals.

In other words, he formalised how poker players can “bluff” their rivals by playing a string of strategies that is supposed to deceive their rivals and hide information and finally win the game.

The theory has an fascinating interaction with George Orwell’s 1949 dystopian novel, 1984, set in a world mired in a world of perpetual war, intrigues, bluffs and public manipulation. So game theory is similarly rooted in this Orwellian world of deceit, information fudging and above all winning games and wars.

Game theory is concerned with decision-making in an interactive world such that the best decision of every decision-maker depends on what decisions others make.

(Yet, modern game theory may have had another creator in the outstanding French mathematician, Emile Borel, who published at least two papers in 1921 in the context of poker games in French. Von Neumann did not acknowledge Borel in his 1928 publication and one will never know for sure whether von Neumann was blissfully ignorant, or just bluffing. In any case, Borel did not formally challenge this oversight.)

As game theory came of age, it was only a matter of time before it became a part and parcel of the perpetual war Orwell described. In 1948 von Neumann was hired as a consultant to the RAND Corporation – founded, funded and controlled by US defence contractors and the US Air Force – to “think about the unthinkable”.

The sole focus of RAND at that point in time was how to strategize to win future nuclear engagements if the USSR becomes a nuclear power. Von Neumann was to articulate a “preventive war” against the USSR.

Von Neumann urged the US to launch a nuclear strike at Moscow, destroying its enemy and becoming a dominant world power. Soon, von Neumann became a key member of the Manhattan Project. By 1953, as predicted by von Neumann, the Soviet Union amassed up to 400 warheads, ensuring what von Neumann later came to term ‘MAD’ – Mutually Assured Destruction.

By early 1950s von Neumann had become an intellectual luminary in the US. But his contribution was to be eclipsed in the public’s eyes by John Nash, who burst onto the scene with his 27-page PhD thesis in mathematics defining and proving the Nash equilibrium.

Nash, who died in May in a car accident aged 86, became the new hero in the mythological world of game theory when von Neumann died suddenly of pancreatic cancer in 1957. Yet he was considered a polarising figure by some game theorists. Nobel-laureate Eric Maskin, for instance argued that the concept of Nash equilibrium was “far and away Nash’s most important legacy to economics and the other behavioural sciences” but had some important shortcomings.

Under the custodianship of Nash, it arguably became difficult, if not impossible, for mathematicians and economists to entertain and pursue research in multiple Nash equilibria, which calls for the selection of one equilibrium from many possible equilibrium outcomes.

The legacy of John Nash in game theory is a unique and attainable Nash equilibrium, and game theory thus became totally clinical and totally removed from the real world.

The only exceptions among accomplished economists today are two other Nobel-laureates Thomas C. Schelling and Roger Myerson.

A focal point (also called Schelling point) in game theory is an equilibrium outcome, out of many, that players come to share and choose, because it seems natural, special, or relevant to them. An equilibrium is thus rooted in social theory and social expectations. In his 1960 book “The Strategy of Conflict”, Schelling describes “focal point[s] for each person’s expectation of what the other expects him to expect to be expected to do”. Myerson, on the other hand, highlighted how agents come to share one equilibrium outcome as a focal point out of many.

Partha Gangopadhyay is Associate Professor of Economics at University of Western Sydney. This article was originally published on The Conversation. Read the original article.