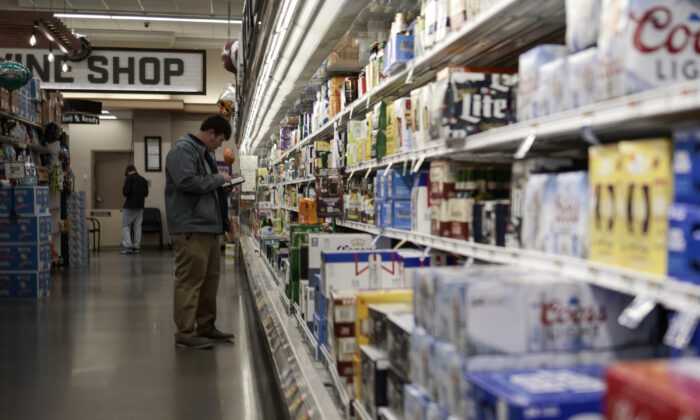 Economic slowdown but no recession! That message comes from the latest employment report, service sector data, and Federal Reserve.

Such a statement certainly belies much of the economic consensus that two-quarters of negative economic growth constitutes a recession. As shown, the latest GDP report indeed met that measure.

However, as stated, some indicators suggest the economy is in a slowdown but not yet in a recession. For example, our composite Institute of Supply Management (ISM) survey is still in expansionary territory. Since services make up about 80 percent of the economy today, there is currently support for economic growth. However, the data trend is negative and suggests the view of an economic slowdown.

While neither measure suggests the economy has entered a recession yet, it does not preclude one from occurring. Many indicators suggest individuals “feel” like the economy is in a recession, such as our composite consumer sentiment index. Historically, a recessionary environment was present when consumer confidence and expectations declined below 80.

Notably, given short-term economic dynamics, we could see a bump in economic growth owing to back-to-school spending in Q3 and holiday shopping in Q4.

However, I suspect that as the Fed continues its aggressive mission to combat inflationary pressures, a recession in 2023 is likely.

While James Bullard and others currently direct the monetary policy regime, suggesting they can quell inflation with only an economic slowdown, history suggests otherwise. The Fed makes its policy decisions based on lagging economic data.

For example, as noted previously, the Fed is currently basing its ability to continue hiking based on solid employment rates. However, history is clear that as the Federal Reserve hikes rates, there is a point where “something breaks” and low unemployment rates soar higher.

That breaking point occurs because as the Federal Reserve hikes rates, the real-time economy adjusts to monetary policy changes. However, data such as employment and, importantly, inflation is comprised of data that can take several months to catch up to the actual economy.

Notably, more than 40 percent of the Consumer Price Index (CPI) is Home Owners Equivalent Rent. It takes roughly three months for pricing changes to be accurately reflected in the data. As the Fed continues to hike rates to combat inflation, the actual impact on consumers and economic activity is not reflected in CPI on a timely basis. It creates the possibility of the Fed over-tightening monetary policy, turning an economic slowdown into a more severe economic contraction.

Of course, this is precisely what history tells us will happen.

Monetary supply also tells us the Fed is likely making a mistake with its current aggressive stance on inflation. As discussed recently, inflation is the consequence of restricted supply owing to the economic shutdown and increased demand from “stimulus” checks. The massive surge in M2 money supply has reversed and has about a nine-month lead on inflation.

While the Fed is hiking rates to quell inflation, the contraction of the money supply is doing the job for them.

Driving With the Rearview Mirror

There is little doubt we are currently amidst an economic slowdown. With the Federal Reserve focused on combating inflationary pressures by tightening monetary policy, thereby slowing economic demand, logic suggests that current economic data trends will continue to decline. Of course, the only difference between an economic slowdown and a recession is whether the readings can remain above zero.

As the Fed continues to hike rates, each hike takes roughly nine months to work its way through the economic system. Therefore, the rate hikes from March 2020 won’t show up in the economic data until December. Likewise, the Fed’s subsequent and more aggressive rate hikes won’t be fully reflected in the economic data until early- to mid-2023. As the Fed hikes at subsequent meetings, those hikes will continue to compound their effect on a highly leveraged consumer with little savings through higher living costs. We have shown previously that the consumer is exceptionally unprepared for such an outcome.

Given the Fed manages monetary policy in the “rear view” mirror, more real-time economic data suggest the economy is rapidly moving from economic slowdown toward recession. The signals are becoming clearer from inverted yield curves to the six-month rate of change of the Leading Economic Index.

The media and the White House will likely proclaim victory by stating the first two quarters of 2022 were not a recession but only an economic slowdown. However, given the lag effect of changes to the money supply and higher interest rates, indicators are pretty clear recession risk is very probable in 2023.

From an investment standpoint, it suggests the current market rally is not the beginning of a new bull market. Instead, investors are likely being lured into the clutches of a bear market rally that will probably have rather disappointing outcomes.