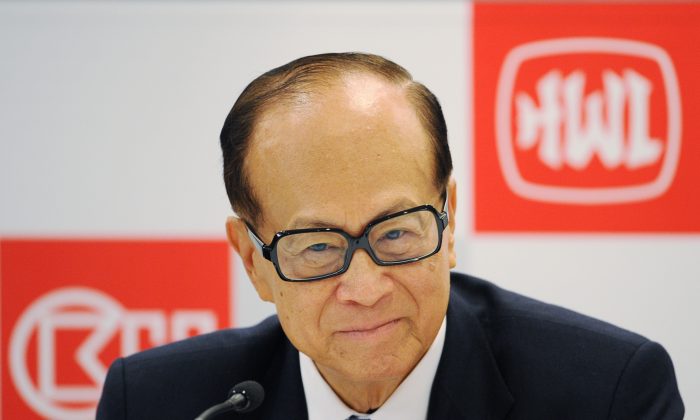 Distorted data, a compromised media, and heavy-handed state interventionism: it’s just hard to predict what exactly is going on in China.

If you don’t want to make a bet yourself, just follow the people who should know, like Li Ka-shing, Asia’s richest man with a net worth of estimated $30 billion and an astute property investor.

He made his wager by selling all of his Chinese property holdings, which he acquired since the early 1990s—for a handsome profit.

Last week’s sale of Beijing shopping center Pacific Century Place for $928 million marks the end of a series of sales since August 2013, simply because Li doesn’t own anything in China anymore that he could sell.

In 2013, Li got rid of Nanjing IFC for about $500 million, the Oriental Financial Center in Shanghai for $1.2 billion, and the Metropolitan Plaza in Guangzhou for $450 million.

Whatever the reasons for selling, the real estate sector is China’s Achilles’ heel. Most of the growth from fixed investment was achieved by massive real estate developments. Remember the ghost cities.

If Li is right and Chinese property is about to take a dive, banks as well as private dwellers will be hit hard. Banks will ultimately have to write down the loans backed by lower value collateral. And Chinese citizens will find out they have to start saving all over again as the prices of their homes go down.