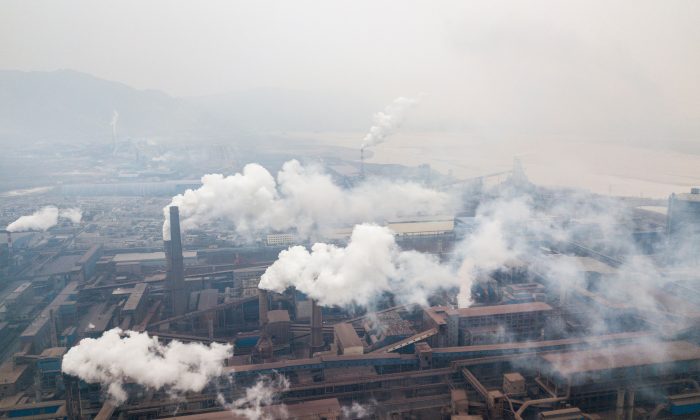 When Beijing began its crackdown on crypto mining, the environment was cited as one of the major reasons why. In reality, though, the crackdown had little to do with the environment; instead, it had everything to do with control. Remember, China is the world’s biggest polluter; its latest five-year plan looks likely to increase emissions, rather than decrease. Its sprint toward carbon neutrality is in fact a crawl. This should surprise no one. Communist countries live on lies.

Communist countries tend to have unhealthier and less educated citizens. Communism, the death of the soul, operates on the principle of total conformity. With individual freedoms denied, the tyranny of communism makes people poorer, both spiritually and financially.

Which brings us on to the tyranny of eco evangelicalism. What, exactly, is eco evangelicalism? It’s best to think of it as faux-alarmism (“In the next decade, climate change will end the world”) meets militant “wokeism” (“Why can’t you see that climate change will end the world, you monster?”). Eco evangelicalism is the “perfect” mix of performative activism, fact-free anecdotes, and intimidation. Take the push to reduce carbon emissions, for example, it has striking parallels with the push to abolish billionaires. The language is forceful, even belligerent; objective reality replaced by misplaced feelings. If communism makes everyone poorer, the same can also be said for the push to reduce emissions.

According to a peer-reviewed study in ScienceDirect, “stringent mitigation plans” to reduce emissions actually slows down “poverty reduction in developing countries.”

As the skeptical environmentalist Bjorn Lomborg has noted, the push to move economies away from fossil fuels has become far too aggressive. Alternative energy sources, he argues, remain highly uncompetitive. Furthermore, a push toward solar and wind power will inevitably “slow economic growth, increase poverty, and exacerbate inequality.” It’s important to note that Lomborg happens to be a genuine environmentalist; thankfully, like Michael Schellenberger, Lomborg, the former director of the Danish government’s Environmental Assessment Institute, is a rational one. In this age of climate alarmism, cool heads are needed. Sadly, they are in short supply.

Capitalism, the very opposite of communism, has helped alleviate poverty around the world; in other words, it helps everyone, not just the rich. Similarly, fossil fuels quite literally save lives. Of course, increasing levels of air pollution need to be addressed, but the fervor in which eco-based agendas are being pushed is harming, rather than helping, the most vulnerable. According to an extensive research project, the authors, working on behalf of the United Nations Intergovernmental Panel on Climate Change (IPCC), argue that a “fossil-fueled” future, rather than a “sustainable” one, benefits everyone, including the poorest among us.

As the aforementioned Lomborg outlines, compared with a fossil-fueled world, a sustainable world would result in “26 million more people per year in poverty.” But the cold, hard facts haven’t stopped the new puritans from pushing the most harmful of agendas. California has pledged to reduce the state’s greenhouse gas emissions “by 40 percent below 1990 levels by 2030” and “80 percent below 1990 levels by 2050,” according to Jonathan Lesser, an adjunct fellow at the Manhattan Institute. A push to reduce greenhouse gas emissions is not necessarily a bad thing. However, California’s nudge is fast becoming sludge; an intervention that doesn’t have society’s best interest in mind is being billed as the very opposite.

Due to “the state’s renewable-energy mandates and carbon cap-and-trade program,” Lesser wrote, electricity prices in California have risen considerably. Unless some sort of reversal occurs, energy prices will continue to rise. Who will suffer the most? The poor, of course. When draconian measures are introduced, it’s always the less well-off who suffer, as they have fewer buffers to cushion the myriad blows.

California, so often sold as some sort of progressive utopia, has the highest poverty rate of any American state. More than 18 percent of its residents live in poverty. Now, with rising electricity prices, more citizens are also experiencing energy poverty. In other words, they lack the disposable income needed to afford sustainable energy services. What good is a greener planet if fewer people are healthy enough to appreciate it? If people are struggling to put food on the table, why force them to install solar panels?

As the researcher Jennifer Hernandez argues, Americans are now witnessing a new Jim Crow era. Hernandez calls it “Green Jim Crow.” Racial segregation has merged with eco segregation, and the results are proving to be catastrophic. As the eco evangelicals march blindly toward the abyss, they do everything in their power to drag us along with them. Don’t be fooled by the alarmists in their environmentally friendly clothing. They may speak eloquently about “justice” and “equality,” but many communists have spouted similar notions. Eco evangelicalism, like communism, harms everyone, especially the most vulnerable.