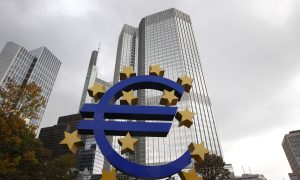 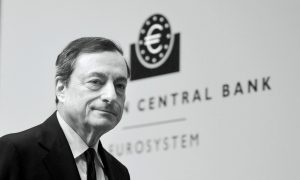 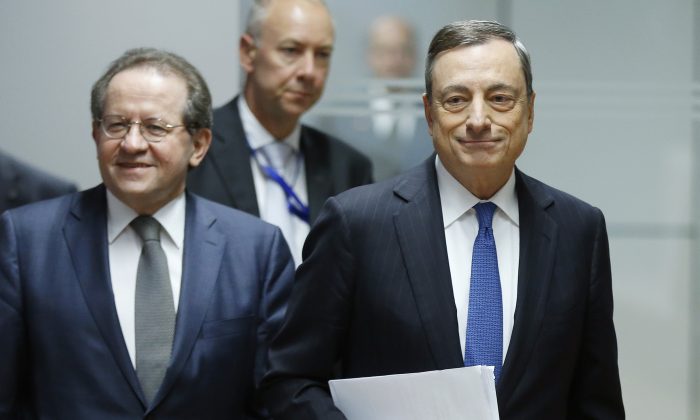 FRANKFURT, Germany — The European Central Bank has unveiled another stimulus injection for the sluggish eurozone economy, but the measures fell far short of what investors had expected and stock markets took a painful tumble.

For weeks, ECB head Mario Draghi had indicated that the bank, the chief monetary authority for the 19 countries that use the euro, would take act decisively to raise inflation and shield the region from a slowdown in the global economy, notably China.

When Thursday’s meeting of its governing council finally arrived, the bank cut one of its key interest rates by less than expected.

It also held off increasing the amount of bonds it buys every month under its stimulus program, which aims to help the economy by making lending cheaper. Instead, it stretched the program out for another six months at the same level.

Analysts said Draghi may have encountered pushback from stimulus skeptics on the 25-member governing council. With new economic projections from ECB staff indicating the economy is growing, albeit gradually, Draghi may have been persuaded to wait to see if the inflation rate — the bank’s chief concern — doesn’t turn up decisively next year.

The main move was to cut the interest rate on deposits from commercial banks from minus 0.2 percent to minus 0.3 percent. That is intended to push banks to lend by imposing a penalty on the cash they park at the central bank.

Many market analysts had predicted a bigger cut to minus 0.4 percent or even more.

Draghi also announced that the bond-buying program, which aims to make borrowing cheaper for businesses and consumers, will run at least until March 2017 or beyond if necessary. It had previously been due to run at least through September 2016.

Because the monthly cap of 60 billion euros in bond purchases was maintained, that will increase the overall size of the 1.1 trillion euro ($1.2 trillion) program by at least 360 billion euros.

“Today’s decisions were taken in order to secure a return of inflation rates towards levels that are below, but close to, 2 percent and thereby to anchor medium-term inflation expectations,” Draghi told reporters at a news conference.

The ECB wants to raise annual inflation toward its goal of just under 2 percent as part of its legal mandate to maintain price stability. Annual inflation in the eurozone stands at only 0.1 percent and has hovered around that level for a year or so.

Draghi said there are risks that inflation might remain lower than expected. The ECB trimmed its forecasts for inflation next year, to 1 percent from 1.1 percent previously, and for 2017 to 1.6 percent from 1.7 percent.

Among other measures, the ECB also:

— expanded the kinds of bonds it would buy in its stimulus program, to include those issued by regional authorities.

— said it would re-invest principal payments on the bonds it has bought. This is an important step that means the eventual maturing of the bonds will not reduce the level of stimulus over coming months and years.

—extended its offer of unlimited short-term credits to banks through the end of 2017.

That was most evident in the currency markets, where the euro had one of its most volatile days ever, and was trading 2.7 percent sharply higher at $1.09 in the wake of the announcements. Earlier in the day, it had been pushing down towards $1.05 and some analysts were predicting it was headed toward $1.00 in the coming weeks.

Stock market moves were equally sharp. Having spent the first half of the trading day higher, European stock markets plunged. Germany’s DAX and the CAC-40 in France both ended a whopping 3.6 percent lower.

“This has been a huge failure from the ECB,” said James Hughes, chief market analyst at GKFX. “Much more was expected.”

Draghi said the decisions were not unanimous but that there was a very large majority in favor of the moves. He said the deposit rate cut was “adequate.”

“I don’t think our communication was wrong,” he said. “I think these measures need time to be fully appreciated.”

Analyst Carsten Brzeski at ING-DiBa said stimulus skeptics may have had more clout than expected. “The ECB’s decision to deliver only a very bare minimum of additional monetary stimulus indicates that the hawks at the ECB are stronger than many market participants had thought,” he said.

ECB Board member Jens Weidmann, who also heads Germany’s national central bank, has spoken out recently, saying that existing measures need time to work and that the outlook for the economy was not that bad.

Low inflation can help consumers by making their euros go farther. But it is a sign of weak demand, and can lead to chronic stagnation if people begin anticipating flat or falling prices in purchasing decisions and wage agreements.

ECB Unleashes the Trillion Euro Bazooka, but How Will It Work?

Weak inflation of the sort prevalent in the eurozone makes it harder for the currency union’s indebted members, such as Greece, to reduce their burdens and to bring their business costs down relative to their eurozone trade partners — a necessary step in their economy recovery.

The eurozone economy as a whole grew by a moderate 0.3 percent in the third quarter, while unemployment is falling but only gradually from high levels.

The ECB’s current policy path contrasts with that of the U.S. Federal Reserve, which has ended its own bond purchase program and is expected to start raising interest rates from near zero at its next meeting Dec. 16.