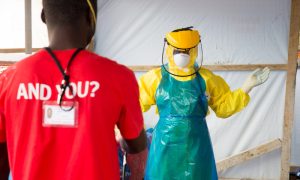 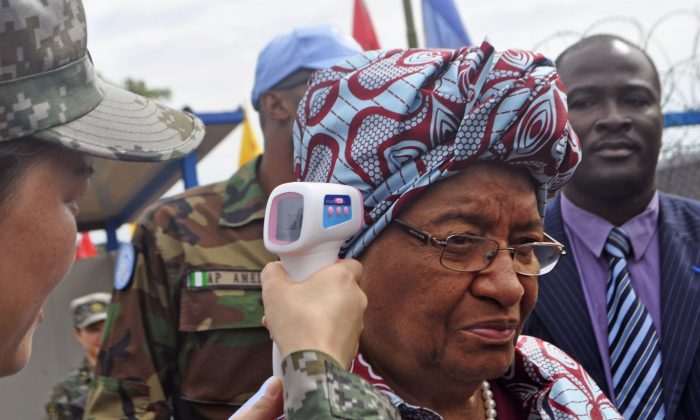 Ebola Worst Could Be Over, Sierra Leone Official Says

FREETOWN, Sierra Leone—The Ebola outbreak in Sierra Leone, which has been surging in recent days, may have reached its peak and be on the verge of slowing down, Sierra Leone’s information minister said Wednesday.

But in a reminder of how serious the situation is in Sierra Leone, the World Health Organization said the country accounted for more than half of the new cases in the hardest-hit countries in the past week. While infections appear to be either stabilizing or declining in Guinea and Liberia, they continue to increase in Sierra Leone, it said.

In all, 15,935 people have been sickened with Ebola in West Africa and other places it has occasionally popped up. Of those, 5,689 have died.

Alpha Kanu, Sierra Leone’s minister of information, told journalists in an online press conference that with the imminent completion of two British-built treatment centers, the worst could be over.

“We believe that now that those treatment centers are ready, the transmission of new cases will start reducing,” he said. “I don’t think we can get any higher than we are now — we are at the plateau of the curve and very soon we will have a downward trend, once we have somewhere to take people.”

Nearly 1,000 British soldiers, scientists and aid workers are already in the country participating in the Ebola fight and the completion of the latest treatment centers will increase the number built to six.

From The Associated Press. AP writers Jonathan Paye-Layleh and Wade Williams in Monrovia, Liberia, and Sarah DiLorenzo in Dakar, Senegal, contributed to this report.