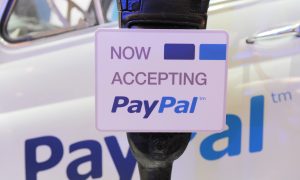 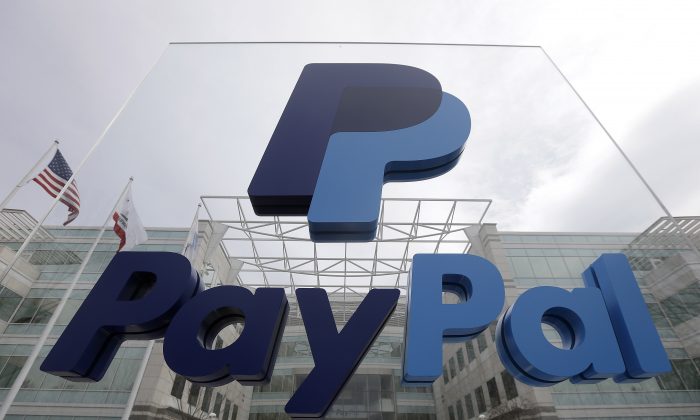 This March 10, 2015 photo shows signage outside PayPal's headquarters in San Jose, Calif. When eBay and PayPal split up on Friday, July 17, 2015, they'll face different challenges than they did as a combined company. (AP Photo/Jeff Chiu)
Business

NASHVILLE, Tenn. — When eBay and PayPal split up on Friday, they’ll face different challenges than they did as a combined company.

E-commerce company eBay first said in September 2014 it would split off its payments unit PayPal, in order to focus the two companies on growing profits individually. Investors, including activist Carl Icahn, had lobbied for the movie.

Though the split happens Friday, PayPal starts trading on the Nasdaq under the “PYPL” ticker on Monday, while San Jose, California-based eBay will keep trading under the “EBAY” symbol.

As separate units, eBay faces stiff competition from Amazon and other online retailers that have gained market share from traditional brick-and-mortar stores. It also has to contend with the lingering effects from a cybersecurity breach and changes in Google’s search algorithms that led to fewer eBay results popping up in Google searches.

Our absolute priority is to improve our competitiveness and drive more stable profitable growth over the long-term.
— Devin Wenig, eBay President

On the other hand, online payment system PayPal, which had long been eBay’s fastest-growing segment, will have to compete with mobile wallets like Apple and Android Pay and online payment offerings from Chinese e-commerce retailer Alibaba and other retailers.

In a call after the two units posted quarterly profit that topped Wall Street’s expectations, PayPal President Dan Schulman and eBay President Devin Wenig each outlined their plans for the two units following the split:

EBay, which has been streamlining its business by selling some units, now is focusing on reinvigorating its marketplace business, which includes the e-commerce arm of eBay. It stumbled last year when it had to deal with a change in Google’s algorithms that made eBay products come up in search results less often.

On Thursday, Wenig said the company now is asking sellers to include more detailed product identifiers on their product listings, which seems to be helping search results.

Wenig said the company is also focusing on gaining traffic through social media. It was an early adapter of shoppable ads on Facebook and Pinterest and has increased efforts on Tumblr Instagram, Snapchat and Twitter’s Periscope to drive traffic and user growth.

“While still small relative to our more established channels, traffic from social channels is growing over 100 percent year-on-year in the U.S.,” Wenig said.

Wenig also reiterated eBay’s plan to focus on small- and medium-size merchants that make of 70 percent of the global retail market.

“Our absolute priority is to improve our competitiveness and drive more stable profitable growth over the long-term,” Wenig said.

Meanwhile, Schulman, who will be CEO of PayPal after the split, would like PayPal users who typically use the payment system once or twice a month, to use it two or three times a week, like millennials use its Venmo app. The Venmo app is linked to a bank account or card and lets users pay friends with a text-like note.

Schulman said the company is making some progress. The Subway app powered by PayPal-owned Paydient is the No. 2 food and beverage app in the iOS app store and can be used in 30,000 stores. And Burger King is letting users pay with PayPal in 5,000 stores.

PayPal also plans to grow internationally via its acquisition of Xoom which lets users send money from the U.S. abroad.

“We believe our technology platform, global reach and trusted brand can move PayPal from being an occasional transaction to being an integral part of consumers’ financial lives,” Schulman said.