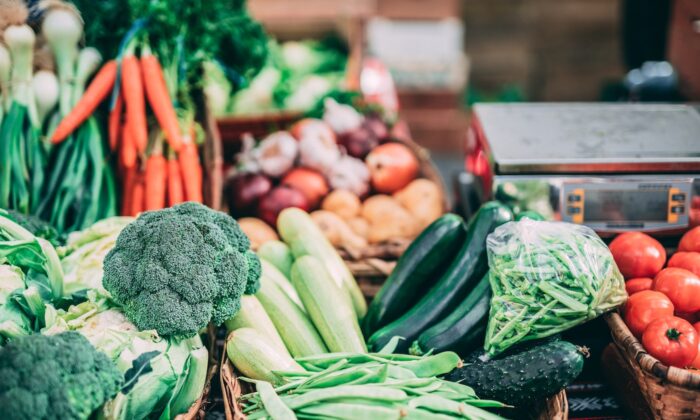 An adequate intake of dietary fiber can reduce the mortality rate of chronic kidney disease, South Korean researchers found after a ten-year survey.

Chronic kidney disease is one of the most intractable diseases in the world, and diabetes and hypertension can often induce it. The disease typically infers hard-to-cure kidney damage, resulting in the decline of kidney function and the accumulation of waste substances in the body.

In order to understand the effect of dietary fiber and plant-based protein intake on the mortality rate in patients with chronic kidney disease, a 10-year follow-up research survey was conducted on 3,892 chronic kidney disease patients aged 40 to 68 years by a research group at Severance Hospital, Yonsei University. It was found that eating enough dietary fiber can reduce the mortality rate by up to 44 percent.

Dietary fiber, also known as whole grains or bulky fibrous substances, includes the portion of plant foods that cannot be digested or absorbed by the body, mainly found in fruits, vegetables, whole grains, and legumes.

The World Health Organization and the nutrition academia of various countries have given a unified recommendation on the intake of dietary fiber, that is, the daily intake of each person is between 25 and 35 grams. Consuming this amount of fiber each day has many health benefits, helping to prevent cardiovascular disease, diabetes, and a host of other health problems, but most people don’t consume that amount.

The results of the South Koren study showed that the more fiber consumed, the lower the mortality rate. The group with the highest intake of dietary fiber had a 37 percent lower overall mortality rate than the group with the least intake, and the risk of death from cardiovascular disease dropped to 44 percent under the same comparison conditions.

Professor Lee Jiwon of the research group said, “Chronic kidney disease patients should limit their intake of tomato, kiwi fruit, and cantaloupe with high potassium content, and it is better to consume dietary fiber through apples, oranges, grapes, pineapples, and plums with low potassium content, and eat fresh fruit instead of dried fruit.”

She also said that when eating vegetables, after removing the skin and stems that are high in potassium, it is also good to cut the vegetables into thin slices, soak them in water, cook or blanch them in boiling water, and rinse them several times before eating.

The research team took the same research method as dietary fiber intake with a follow-up survey and confirmed that the increase in protein intake was not associated with mortality rate.

The research team looked at the types of protein that South Koreans mainly ingested.

The guidelines for protein intake of patients with chronic kidney disease are formulated in accordance with the dietary standards of Westerners and are mainly based on animal proteins such as pork, beef, and milk. However, the dietary habits of South Koreans are mainly based on fish protein, and vegetable protein from vegetables, grains, and nuts, accounting for 63.07 percent of the total protein intake. The results of the study are different from existing guidelines.

Professor Kwon Yujin of the research team said that for patients with chronic kidney disease, “it is better to switch to plant-based protein intake instead of reducing protein intake.”

“If protein intake is reduced, it will increase carbohydrate intake and lead to the deterioration of diseases such as diabetes. Therefore, in addition to red meat, it is recommended to consume plant-based proteins such as beans, whole grains, and nuts.”

The findings of the survey were published in the latest issue of Frontiers in Nutrition, an international academic journal in the field of nutrition.