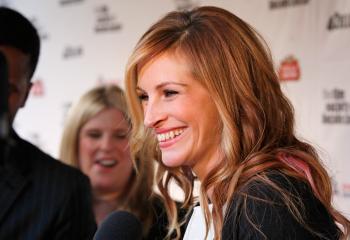 By Shahrzad Noorbaloochi
Print
The memoir, Eat, Pray, Love written by Elizabeth Gilbert is now going to made into a film adaptation.

The book, which is about 32-year-old Gilbert who is on the “search for everything” chronicles the travels of a disillusioned woman who decides to leave her unhappy marriage.

Upon getting a divorce, she travels to Italy, where she is introduced to the magnificence of food and eating.

She then goes off to India, where she discovers the power of spirituality as she attempts to meditate through a mosquito attack.

Then, she travels to Indonesia, where she falls in love with a man in Bali and experiences the magic of real love.

Julia Roberts is planned to play the role of Elizabeth Gilbert and the movie is going to be produced by Brad Pitt and Dede Gardner’s production company, Plan B, according to the New York Times.