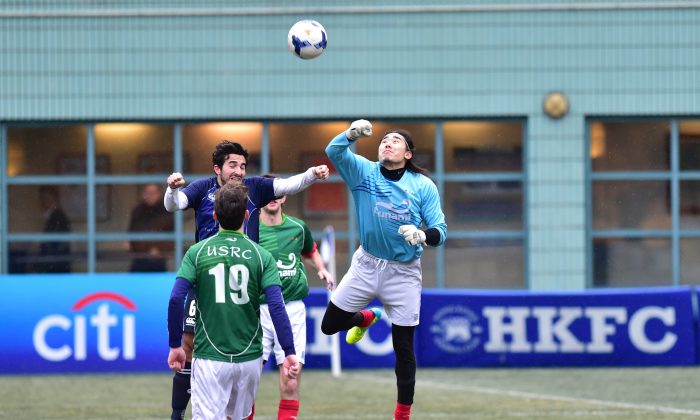 HONG KONG—Sunday (Jan 24, 2016) saw Eastern take on Kwoon Chung Southern at Hong Kong Stadium in the Canbo Senior Shield final in cold and wet conditions. In a lacklustre game Eastern won a game of few created chances courtesy of a 61st minute free kick from Xu Deshuai which flew over the wall and past goalkeeper Tse Tak-him, and an 85th minute goal when Xu Deshuai’s cross was powerfully headed home by Andrew Barisic for a final 2-nil win.

The win marked the first for Eastern coach Chan Yuen-ting who became the first woman to be appointed to such a high profile role in Hong Kong soccer when she was appointed last month to replace Yeung Ching-kwong. The 27 year old Chan, has won all four of the games since her appointment, will be looking to improve their current leading standing in the Premier League with just over half of the season’s matches remaining.

In the fourth division, Darts drew1-all with Standard Chartered, Hung Art were 3-nil winners against Bapcoll, Scorpions were 3-1 winners against Rising Sun, Power 22 won 3-2 against WYFC84, Outward Bound won 4-nil against, and Friends of Barclays were beaten 9-1 by Maccabi HK in the top of the table clash.

Maccabi HK lead the table with 37 points from 14 games, with Friends of Barclays in second with 33 points from the same number of matches.