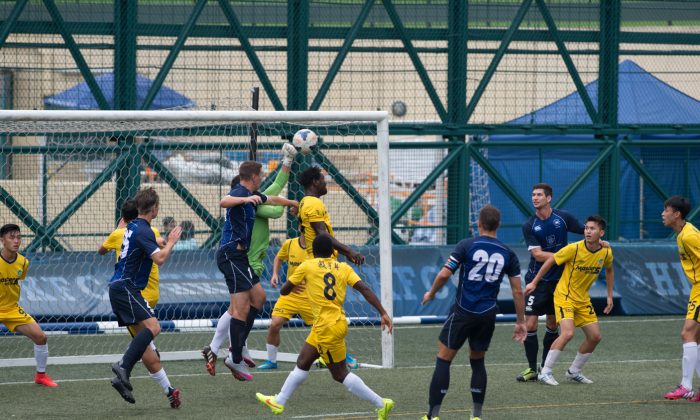 HKFA Divisions
The opening game of the BOCG Life Premier League on Sep 26 was between South China, playing their first game of the season, and Kwoon Chung Southern, played at Tseung Kwan O Sports Ground. After a goalless and fairly even first half, the game was greatly impacted at the end of the first half when Kwoon Chung Southern’s Chan Cham-hei was sent off after receiving his second yellow card in the 45th minute. The game was settled in the 52nd minute when Lucas da Silva headed what turned out to be the winner for South China from Liang Zicheng’s cross..

In Saturday’s other game, Eastern took on Kitchee at Mongkok Stadium. Kitchee took the early lead in the 5th minute when Juan Belencoso finished after Fernando Pedreira’s cross was touched on by Jorge Tarres, a lead that they held until the half time break. Both sides generally cancelled each other, but Eastern managed to grab an equaliser in stoppage time when Festus Baise headed in Xu Deshuai’s free kick cross.

Hong Kong Pegasus won 1-nil in their game with BC Rangers. Despite having more chances the
game was settled in the 65th minute when Joao Emir curled a free kick into the BC Rangers net.

Dreams Metro Gallery went into a 3 goal lead in the 78th minute when Chu Sie-kei’s free kick was headed into the net by Lau Hok-ming. However, Yuen Long then pulled 2 goals back in stoppage time when first, Jose Cruz and Luciano Da Silva scored, but had insufficient time to look for an equaliser.

In a situation of uneven games played, the early table is led by Hong Kong Pegasus and Eastern, both having 7 points from 3 matches.

HKFC, Yau Tsim Mong and Citizen lead the table with 100% records and 12 points from 4 matches.

Central and Western, St Josephs and Hoi King lead the early table with 100% records and 4 wins.