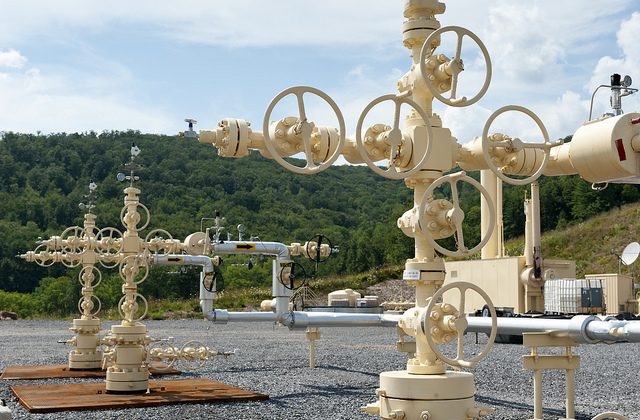 Over the past months, Russia has been turning up the heat on its former Soviet vassals. Russia has also threatened a to block Moldavia’s wine exports and is threatening to jack up gas prices for Armenia. The building tension culminated in a trade spat that froze all trade between the two countries in mid-August. Russian President Vladimir Putin’s advisor Sergei Glazyev was clear about the decision to close the border with Ukraine, saying, “We are preparing to tighten customs procedures if Ukraine makes this suicidal step of signing the EU Association Agreement”.

Ukraine in particular has gradually tried to distance itself from Russia since it gained its independence, while EU membership still eludes the country. In Moscow, this is viewed as a sort of existential threat as Russians see Ukraine as an intrinsic part of its own identity. The November Vilnius Summit will mark a symbolic milestone in Ukraine’s struggle. The country is expected to sign a trade agreement with the EU, thereby shunning a Russian led Eurasian Customs Union.

Attracting much less attention, but perhaps more decisive in determining the future of these ex-Soviet states, is the exploitation of the rich shale resources discovered in the region. Ukraine and the wider region are set to become the next hot bed of shale exploitation. According to the U.S. Energy Information Agency, Ukraine has up to 1.2 trillion cubic metres of shale gas and the combined gas reserves in Romania, Bulgaria and Hungary could equal more than 535-billion cubic metres of gas. Since its independence, Russia has constantly exploited its neighbour’s energy dependence and intervened in its domestic political affairs in an attempt to keep the country on a short leash. Ukraine’s President Viktor Yanukovych is betting that shale will give the country a much-needed victory in its struggle to escape Russian domination.

Towards Energy Independence in the US

If current projects are correct, the United States should take Saudi Arabia’s title as the world’s largest oil producer by 2017. Thanks in large part to its shale resources, energy independence is increasingly becoming a realistic goal for the U.S., or at least North America. At present, the country relies on imports for 36% of its oil consumption, a considerable reduction from 60% in 2006. Through 2014, production is expected to continue to rise unabated, increasing by 28% and demand should be tempered thanks to tougher fuel standards. These trends put the U.S. squarely on the path to what politicians on both sides of the isle have been pursuing for a half-decade: energy independence.

Realistically, energy independence cannot completely shield the U.S. from wrath of global oil markets, but it will provide policy makers with much-appreciated margin of manoeuvre, especially when operating in highly sensitive regions with large energy exporters. On the other hand, many remain sceptical as to the extent the US can really shake its dependence. Likewise, it remains to be seen if the environmental impacts many fear materialise.

Path to freedom paved with shale in Ukraine?

Ukraine is one of the only countries in the region that has thus far managed to hold out against Putin’s continuous attempts to coax it into his Eurasian Custom’s Union. Former U.S. Secretary of State Hillary Clinton has denounced it as a land grab by the Kremlin over previous USSR territory, calling it a “move to re-Sovietize the region”. One of the major objectives underlying shale gas exploitation is to emulate the success of the U.S. and curtail Putin’s capacity to strong-arm Ukraine with its aggressive energy diplomacy.

With stakes so high, Ukraine is moving quickly to further explore shale exploitation. In January, a major deal was announced with the oil-giant Royal-Dutch Shell for the exploration rights for the Yuzivske gas field in the eastern Donetsk Oblast. Shortly after, in May, a second deal was also negotiated with Chevron to explore the Oleske field in Ivano-Frankivisk Oblast in western Ukraine. Together, these two contracts will represent just shy of $18 billion for Ukraine.

The implications of a much less energy-dependent Ukraine have not escaped Putin’s shrewd political calculations. As of late, he has begun voicing concerns about the environmental dangers of shale gas, bitter of Ukraine’s potential and the shale-driven boom in the US. Ukrainian Prime Minister Mykola Azarov has called opponents of shale gas exploitation “agents of the Russian Federation”. While, some grassroots opposition exists, Russia has largely propped up the country’s nascent anti-fracking movement in an attempt to politically destabilize shale development.

The American experience provides valuable political and technical guidance for implementing responsible exploitation policies in Ukraine. For example, the countries where shale has run up against political opposition could learn a thing or two from the American model, which allows local communities to share in much of the revenue streams created. Beyond this, it is also a highly symbolic for countries like Ukraine, which is striving to harness this resource to erect a bulwark between it and Russia’s belligerent energy diplomacy.