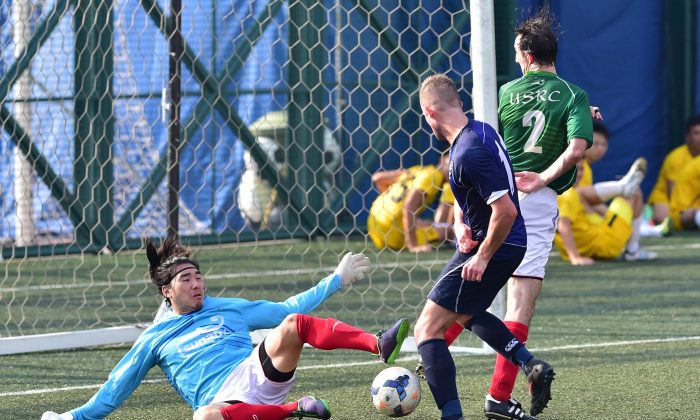 HONG KONG—The first game of round 2 of the HKFA premier league (18 Sep) was between BC Rangers and Yuen Long at Kowloon Bay Park. After a goalless first half, BC Rangers took the lead in the 50th minute when Quentin Lendresse finished from a Hui Wang-fung cross, but Yuen long hit back for a draw when Yip Tze-chun equalised in time added on.

On Saturday (Sep 19), Dreams Metro Gallery took on Hong Kong Pegasus at Sham Shui Po Sports Ground, whilst Eastern played Wong Tai Sin at Mongkok Stadium. In the first game, Hong Kong Pegasus took the lead in the 24th minute when Admir Adrovic headed in Joao Pereira’s free kick and a 1-nil half time lead. Lee Ka-yui added a second for Hong Kong Pegasus in the 63rd minute when he finished from an Adrovic pass, and Joao Pereira added a third in the 90th minute to wrap up a 3-nil victory.

Eastern won the game against Wong Tai Sin 1-nil, the game being settled in the 23rd minute when Andrew Barisic finished after Wong Chin-hung’s corner was flicked on at the near post.

Eastern head the table with 2 wins from 2 matches, but other teams have only played one game.

HKFC, Yau Tsim Mong and Citizen lead the table with 100% records and 9 points from 3 matches.

Eastern and Sham Shui Po head the table with 2 wins from 2 matches.

Central and Western,St Josephs and Hoi King lead the early table with 100% records and 3 wins.

GAS now head the early table with a 100% record after 3 rounds.

IUSC(Tai Po) head the early table with a 100% record after 3 rounds.