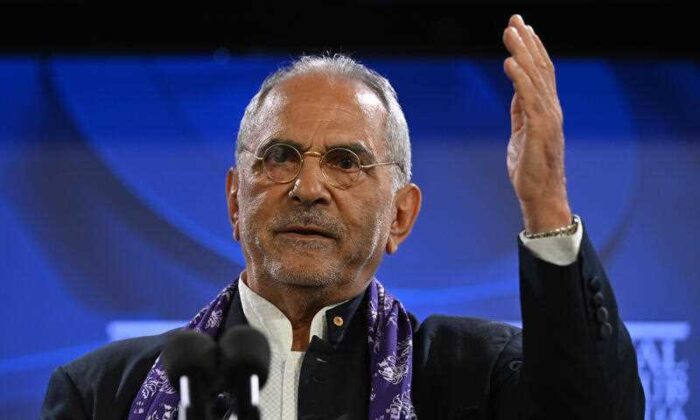 East Timorese president Jose Ramos-Horta has criticised Solomon Island’s Prime Minister Manasseh Sogavare over his security pact with Beijing while urging “serious” pacific leaders to be “sensitive” to their neighbours.

“Don’t bring in extraterritorial, regional, interest powers that might not be welcomed by our neighbours,” Ramos-Horta, Nobel Peace Prize laureate and president of East Timor, said at the National Press Club on Sept. 7.

“Any rational Timorese leader would never do anything without taking into consideration the sensitivities of your neighbours. So that would be my message to my brothers and sisters in pacific islands,” he said.

Ramos-Horta’s comment came a day after Sogavare lambasted Australia’s Foreign Minister Penny Wong for offering to fund his country’s election, calling the offer “foreign interference” and an “assault” on the Solomons democracy.

“The timing of the public media announcement by the Australian government is in effect a strategy to influence how members of Parliament will vote on this Bill,” he said.

Foreign Minister Penny Wong defended her government’s actions when pressed in the Senate, saying the offer for assistance was respectful of the island nation’s sovereignty.

“Support for an election, which is held when the Solomon Islands government and parliament determine when that election will be, is an offer respectful of the sovereignty of Solomon Islands,” she said.

“It has been the longstanding practice of governments of both political persuasions to provide support for democratic processes in the Solomon Islands.”

Nevertheless, Sogavare said he would accept Australia’s offer, while his criticisms of Australia have been viewed as “ammunition” to distract from the country’s internal issues, reported The Examiner.

Meanwhile, the decision by Australian, New Zealand, and Fijian forces to step in was seen by some experts as alleviating pressure on Sogavare and giving him breathing space to placate his Cabinet and deepen ties with Beijing.

Sogavare is scheduled to make an official visit to Australia in October.

Ramos-Horta’s criticism of Sogavare came in reference to the security agreement that was signed in April between the Solomon Islands and Beijing.

The agreement would allow Chinese Communist Party troops, weapons, and naval ships to be stationed in the Solomons—located near Australia, New Zealand, and the U.S. territory of Guam.

In spite of this, Ramos-Horta previously said that his country would “consider a partnership with Chinese investors” if the Australian government refused to have a gas pipeline constructed from the Timor Sea in the Greater Sunrise gas field to the country’s southern coast.

Ramos-Horta has since back-peddled on this statement, saying that he will likely first seek funding from Indonesia and look to South Korea and Japan.

On June 3, East Timor signed series of agreements with Beijing in the areas of the economy, capacity building, infrastructure, agriculture, health, and the media. However, Ramos-Horta has ruled out a security pact with China’s ruling communist regime.

Ramos-Horta is currently in Australia on an official five-day visit as he discusses with leaders the development of his country’s economy and regional stability.