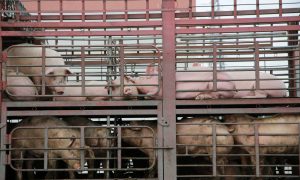 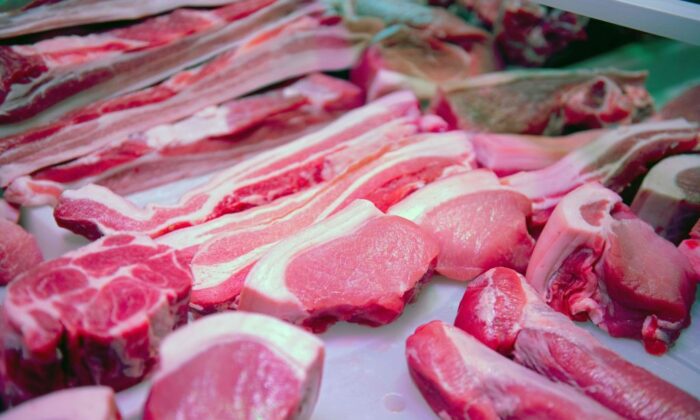 Pork meat is seen at a butcher stall at a market in Beijing, China, on July 10, 2019. (Nicolas Asfouri/AFP/Getty Images)
Social Issues

TAIPEI, Taiwan—Health authorities in Taiwan are warning travelers not to bring any meat products from East Timor, after the Southeast Asian nation confirmed an outbreak of African swine fever (ASF).

East Timor became the 10th Asian country to be hit with the disease, following China, Mongolia, Vietnam, Cambodia, North Korea, Laos, Burma, the Philippines, and South Korea. ASF was not found on the Asian continent prior to the initial outbreak in China in August last year. However, none of these governments have publicly attributed their ASF outbreaks to the spreading of the virus from China.

While the disease isn’t dangerous to humans, there is no effective vaccine against the virus, which can spread among domestic and wild pigs.

Chen Chi-chung, minister of Taiwan’s Council of Agriculture, issued the traveler warning on his Facebook page on Sept. 28, saying that the outbreak in East Timor is severe, as it noted a massive number of cases in its first report to the intergovernmental organization World Organization for Animal Health (OIE).

East Timor officials reported to OIE on Sept. 27 that there were 405 confirmed hog deaths due to ASF on smallholder pig farms in Dili, one of the country’s 13 municipalities. Sample testing was done at the Australian Animal Health Laboratory, which is run by the Australian federal government.

Chen said he suspects the virus spread to East Timor via China because the Southeast Asian country has a population of about 40,000 Chinese, who likely brought in ASF-infected products.

The northeastern Chinese city of Shenyang, in the capital of Liaoning Province, reported the country’s first ASF outbreak on Aug. 1, 2018. Since then, the disease has spread to all Chinese provinces and municipalities. China is the world’s biggest pork consumer and producer.

An announcement on East Timor’s government website on Sept. 27 stated that it’s working with the Australian government to take all necessary measures to limit the outbreak, though no other details were provided.

On Sept. 27, South Korea’s Yonhap News Agency reported that there were nine confirmed cases of ASF. More than 30,000 pigs have been slaughtered, with 60,000 additional pigs set to be culled as the country tries to prevent the spread of the disease.

Among the measures taken by South Korean authorities was banning all vehicles involved in the livestock industry in Gyeonggi Province, one of the hard-hit areas, from traveling to other regions.

Yonhap, in another article published on Sept. 28, pointed out that all confirmed and suspected cases that originated from Gyeonggi occurred in areas near the border with North Korea. However, South Korean officials have so far failed to identify how the disease spread to the country.

In the Philippines, local authorities are also battling ASF since they reported the first outbreak in early September. According to the local English-language newspaper Manila Times, 12 areas in the country had been hit by the virus as of Sept. 24, with local authorities having culled about 15,000 pigs.