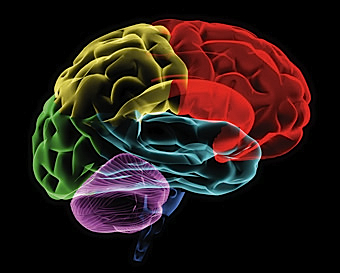 Some people can hallucinate colors at will even without the aid of hypnosis, according to a new international study.

The researchers focused on a group of people who are highly responsive to hypnosis. The subjects were twice asked to visualize colors in a series of monochrome images, once under hypnosis and once without hypnosis. In both cases the participants could see colors.

“These are very talented people,” said lead researcher Giuliana Mazzoni at the UK’s University of Hull in a media release.

“They can change their perception and experience of the world in ways that the rest of us cannot.”

The ability to change experience at will using hypnotic suggestion has been demonstrated in research where participants can block pain and better respond to psychotherapy. Until now, it has been assumed that hypnosis was required for such effects to occur.

The scans showed that those responsive to hypnosis could not only see color, but could also alter their brain activity. Hypnosis simply served to heighten their ability to see color. However, not all test participants could hallucinate color at will.

Another group less responsive to hypnosis undertook the same tests with mostly opposite results. They could not hallucinate colors when asked, and the MRI did not indicate changes in brain activity.

“Many people are afraid of hypnosis, although it appears to be very effective in helping with certain medical interventions, particularly pain control,” said co-author William J. McGeown at Hull University in the release.

“The work we have been doing shows that certain people may benefit from suggestion without the need for hypnosis.”

The findings were published online in the journal Consciousness and Cognition on Nov. 26.