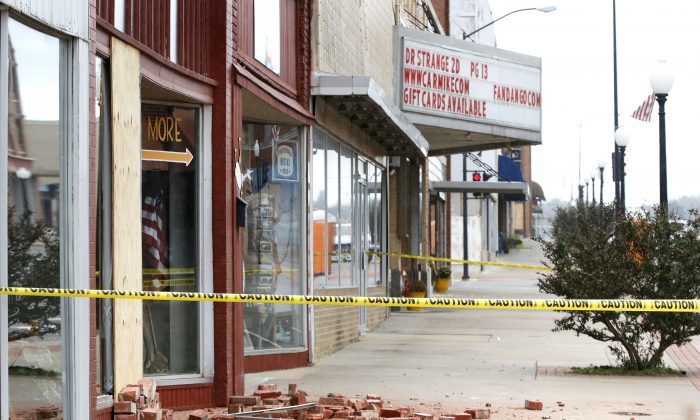 LUTHER, Okla.—A series of earthquakes has rattled parts of Oklahoma just days after a magnitude 5.0 earthquake hit a key oil hub in the north of the state.

No damage or injuries have been reported. Geologists say damage is unlikely in earthquakes below magnitude 4.0.

The 5.0 magnitude earthquake on Sunday damaged structures in Cushing, Oklahoma, but no damage was reported at the oil terminal.

Scientists have linked Oklahoma’s increase in earthquakes to the underground disposal of wastewater from oil and gas production.