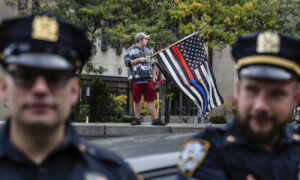 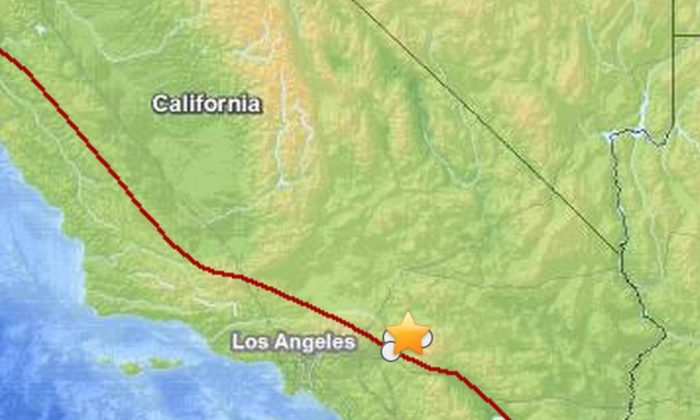 Earthquakes struck near Big Bear and Running in California on Saturday morning.
US

Earthquakes struck near Big Bear and Running in California on Saturday morning.

A number of Southern California residents said they felt multiple quakes at around 10 a.m. local time.

According to the US Geological Survey, the Big Bear quake had a magnitude of 4.6.

Another 2.7-magnitude quake hit near Big Bear, located near San Bernardino, said the the USGS a few minutes later.

Users on Twitter across Southern California said they could feel it.

LOS ANGELES (AP) — A small earthquake rattled nerves and jostled store shelves in and around the Southern California community of Big Bear Lake on Saturday.

Randy Naquin of the San Bernardino County Sheriff’s Department said he had no reports of damage from the widely felt temblor. But the state Transportation Department said a section of nearby highway was closed by a rockslide. It wasn’t immediately clear if the slide had been caused by the shaking.

City News Service reported that snowplows were dispatched to clear rocks and at least six vehicles were stranded temporarily.

The U.S. Geological Survey reported the quake hit about 10 a.m. Saturday, centered about 6 miles northwest of the lake resort. It had a preliminary 4.6 magnitude — considered a light quake. Two other smaller quakes were also reported, but it wasn’t immediately clear if they were separate or related to the larger temblor.

Wick Phillips, who owns a gift and furnishings store with his wife, Tracy, in Big Bear Lake, said about 15 coffee mugs and glass items were shattered after being knocked from shelves. The quake hit at a time when the downtown area was filled with holiday vacationers.

“It was a very sharp jolt, followed by about 10 seconds of the building moving,” Phillips said. The building was not structurally damaged, and he and his wife were not hurt.

JAKARTA, Indonesia (AP) — A strong earthquake has hit off the coast of western Indonesia, but there were no immediate reports of injuries or damage.

The U.S. Geological Survey says the magnitude-6.0 quake hit Saturday at a depth of 30 kilometers (19 miles). It was centered 88 kilometers (55 miles) southeast of Sinabang, a town on the east coast of Simeulue Island, which lies off the west coast of Sumatra island.

Indonesia, the world’s largest archipelago, is prone to earthquakes due to its location on the Pacific “Ring of Fire,” an arc of volcanoes and fault lines in the Pacific Basin.

In 2004, a massive earthquake off Sumatra triggered a tsunami that killed 230,000 people in a dozen countries. Most of the deaths were in northern Sumatra’s Aceh province.