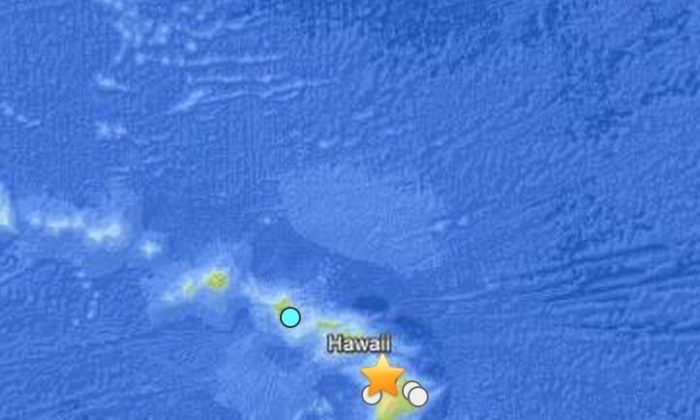 A 4.5-magnitude earthquake has hit near Hawaii, according to the US quake-monitoring agency.

The quake struck near Waimea, Kailua-Kona, Hilo, and it was about 159 miles from Honolulu, the US Geological Survey said.

The temblor hit at a depth of 7.9 miles.

The earthquake hit the north tip of the island, around 7 miles from Waimea at 6:24 a.m. local time.

The U.S. Geological Survey initially announced the quake was magnitude-4.3 and quickly bumped it up to a 4.5.

Hawaii County Civil Defense Director Darryl Oliveira said there were no reports of damage done during the quake.

He said that a quake of that size is  “not uncommon” for Hawaii, reported The Associated Press.

A grocery store employee in Wimea said the quake didn’t cause any damage in the building. It also didn’t knock anything off the shelves.

Hurricane Iselle was on course to hit the Big Island Thursday night, and was being tailed by Hurricane Julio, which strengthened early Thursday into a Category 2 storm.

BEIJING (AP) — The death toll from a powerful earthquake that hit southern China four days ago rose to 615 on Thursday, with 114 other people missing, China’s official news agency reported.

A total of 3,143 people were known to have been injured in Sunday’s 6.1-magnitude quake in a mountainous farming region of Yunnan province, Xinhua News Agency said, citing local authorities.

On Wednesday, the death toll jumped to 589 as search and rescue teams pushed into isolated mountain communities. While one woman was pulled out alive from the rubble 67 hours after the quake hit, bodies dominated rescuers’ finds.

Some 10,000 troops and hundreds of volunteers were sent to the affected area to clear roads and dig out survivors, but landslides and bouts of heavy rains complicated their efforts.